How can she look at herself in the mirror after this?

As the country struggles with crisis after crisis that the Biden-Harris seems incapable or unwilling to address, WH Press Secretary Jen Psaki was there to gaslight and outright lie to the American people.

Psaki had one heck of a presser on Tuesday — her defense of the administration’s actions was weak, she quite clearly lied on several occasions, she made a joke about the supply chain crisis, and she told Americans that they shouldn’t believe their lying eyes.

1. The Dems still want the IRS snooping in your bank account

Perhaps the least popular provision in the Democrats’ massive 2,400+ page $3.5 trillion spending bill was that the IRS would be able to access bank information for accounts that post more than $600 in annual deposits or withdrawals.

Congressional Dems were forced to walk that back and put forward a new monitoring threshold of $10,000 cash flow annually excluding income. It’s still a massive overreach and would clearly affect almost every household in America.

Fox News White House Correspondent Peter Doocy asks, “Is the plan to catch billionaire tax cheats by snooping on accounts that just have $10,000 in them?”

Psaki outright lies and misrepresents the provision saying that it will only affect people who “are not reporting their income.”

That’s clearly B.S. — if you have a mortgage or pay rent, pay for insurance, utilities, cell phone, and buy groceries, gas, clothes, or whatever, you’re probably way over $10,000 of cash flow in your account. Sen. Mike Crapo (R-ID) said that according to the Bureau of Labor Statistics, “the average American runs $61,000 through their account” in a year.

Doocy follows up in the second vid, and Psaki doubles down saying that the $10,000 cashflow threshold is to catch “high net worth individuals” who are not paying the taxes they owe. Sure, Jen. Sure.

Doocy: "But in the statement that you just cited, it says many top earners avoid paying billions in the taxes that they owned by exploiting the system. So what — why is it that you need to start looking at accounts that just have $10,000 in it? Maybe somebody doesn't get a W-2." pic.twitter.com/V1DpOsNKgY

Recently, the nation was surprised to learn that Transportation Secretary Pete Buttigieg has been off work on paternity leave since August and nobody seemed to notice. While there are lots of questions on the right about whether paternity leave is a thing that should happen, whether a gay couple actually needs it, and if they do, how long is too long.

One thing that hasn’t been asked is, why did Buttigieg even take the job when he knew that he was in the process of having a family and wanted to take paternity leave, and how did he even qualify for months and months of paternity leave after just a few months on the job?

All that aside, there is a supply chain crisis, and the guy that’s allegedly the head of the department — not that he’s likely to do anything productive to fix the situation — is still on paternity leave.

The White House Correspondent for Newsmax, Emerald Robinson, asked Psaki if the Transportation Secretary should come back to work since there’s a national crisis, and all.

Psaki tries to spin saying that the real question is whether anyone should have maternity and paternity leave. WHAT?! No, it’s literally about a senior member of the administration being MIA for 2 months while his portfolio is going to hell.

REPORTER: "Given the seriousness of the supply chain crisis…wouldn't it be wise for the Secretary (Buttigieg) to…come back to work?"

PSAKI: "I think what you're getting at here is this question of whether men, parents, women, should have paternity and maternity leave." pic.twitter.com/WDZdf9YJoN

But then, you know that they’re not taking the supply chain crisis seriously.

When NY Times reporter Michael Shear asked about the supply chain crisis that has been an ongoing issue since March of 2020 and has ramped up in recent months, Psaki quipped about the “tragedy of the treadmill that’s delayed.” Shameful.

As working class Americans struggle due to the supply chain crisis, @PressSec jokes about "the tragedy of the treadmill that's delayed."
pic.twitter.com/aXob5CYuvA

4. Flying illegal migrants away from the border in the middle of the night

When Peter Doocy asked about a bombshell New York Post report that the admin is flying illegal unaccompanied migrants into New York and Florida on red-eye flights, Psaki channeled former President Bill Clinton and challenged Peter Doocy on the definition of “the middle of the night.” She then says that it is the “obligation” to reunify unaccompanied children with family members or send them to allegedly “vetted sponsors.” We see how well that’s going: Biden-Harris Admin Lost Track Of 45,000 Unaccompanied Minors That Crossed Illegally — Where’s The Outrage? As if you could trust this administration to vet anyone after the absolute debacle that happened in Afghanistan with unvetted refugees evacuated while vetted allies were left behind and in one instance, got droned.

DOOCY: "Why is the administration flying thousands of migrants from the border to Florida & New York in the middle of the night?"

PSAKI: "Well, I'm not sure that it's in the middle of the night…"

PSAKI: "We are talking about early flights…" pic.twitter.com/gE7elH5vAl

5. Biden’s Build Back Better plan won’t add to the debt

The Biden spending bills are massive and he’s not even been in office for a year yet. The White House is trying to gaslight Americans into believing that the cost to the $3.5 trillion spending bill is $0. That’s like saying if you use your credit card to buy groceries, you get your food for free! That’s not how it works, but this administration thinks that you’re too dumb to know that eventually, the bill comes due.

Reporter: "Does the president still believe that Build Back Better will not add a dime to the national debt?"

Reporter: "Why should Americans believe that?"

Psaki: "Because it won't." pic.twitter.com/QB86LDjhPc

So this is completely disingenuous — they’re playing with language. What they’re doing is juggling numbers to make it look as though the taxes offset the spending, but the way they’re spending money, they’ve already run out of other people’s money and will need to raise taxes. So, it might not add to the national debt because money is fungible and they’re going to redefine what portions are going to be considered “paid” and what is going to be “debt.”

Democrats haven’t been great with math. Vermont Senator Bernie Sanders said that “two people do not have a right to sabotage what 48 want” seemingly oblivious to the other 50 Republicans that side with those two.

The carbon tax will clearly affect every single aspect of life and cause a rise in the prices of products and services. Home heating fuels, gasoline, and anything that is produced with or transported using fossil fuels will face a carbon tax and that means a higher price on everything — including food. So, unless the poor don’t live in a building, use transportation, buy things, or eat… they’re going to face the impacts of a carbon tax.

Under a carbon tax, poor Americans would bear 2x more of the cost than the top 10% of income earners. pic.twitter.com/qXTdEqUvOK

Doocy again grills Psaki on the need for vaccine mandates to “protect public safety” if law enforcement members would rather quit than get the jab. He says that there are other problems in the world other than COVID-19. Psaki says that the China Virus is a threat to law enforcement. Fascinating to watch the party of “Defund the Police” feign concern for law enforcement when it means mandating the jab.

8. There aren’t factions in the Democratic Party

This is just a hilarious attempt at spin! Let’s be real, the Democratic Party is fractured into two main factions — the Woke-O-Sphere and the Leftist Loons. And then there are the calculating Uni-Party Swamp Things that want the status quo. Mediocre Joe Biden is the guy that’s going to bring these factions together? Puh-leeze!

But Jen Psaki says that they’re having “serious policy discussions” with pudding-brained Joe Freaking Biden. Who believes this?

Jen Psaki on President Biden's meetings with fellow Democrats: "These are serious policy discussions often on nitty-gritty details and they aren't duels between factions of the party." pic.twitter.com/qQ0rkGrewP

At the end of it all, Psaki stormed out… without wearing her mask.

Jen Psaki just stormed out of the briefing without a mask and violated the WH mask mandate. pic.twitter.com/FpEohvRqLt

What. A. Clown Show.

Maybe next time, she can wear one of those round, red foam noses. It would be more honest.

You can watch the full 45-minute crap-show here: 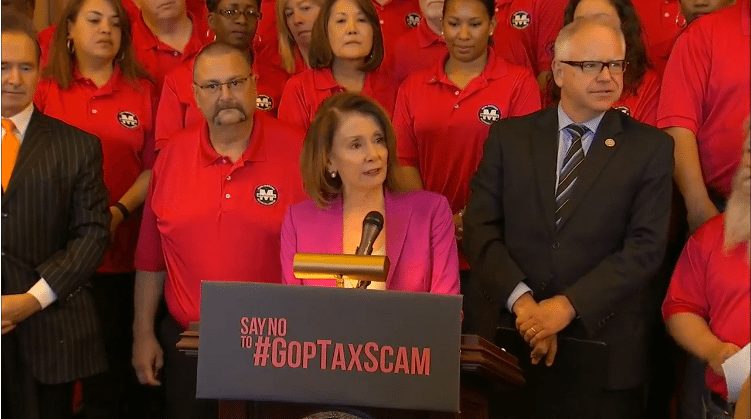 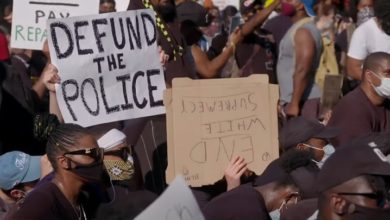 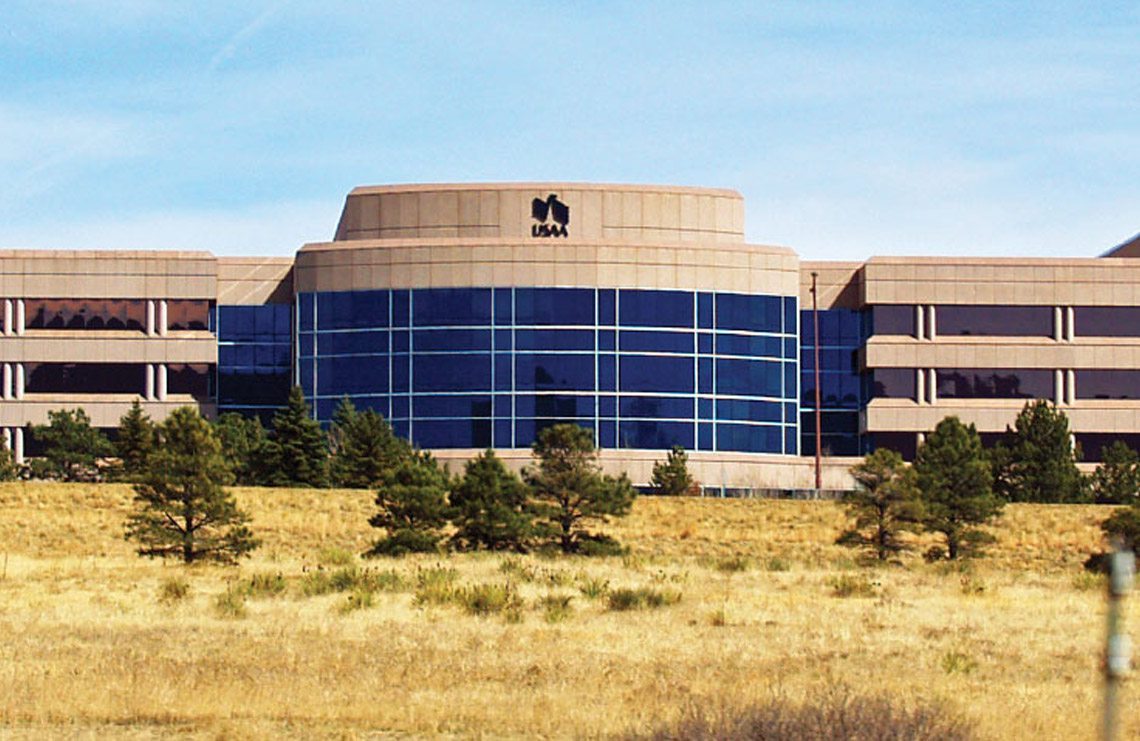 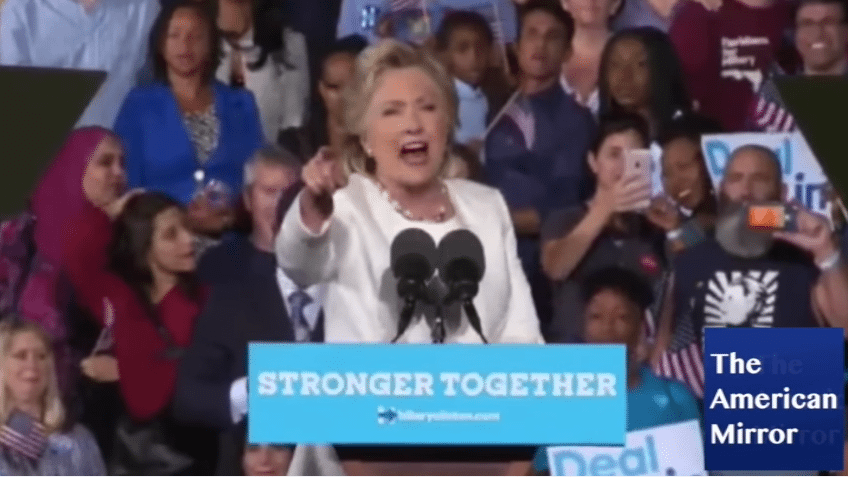