Amazon Web Services (AWS) has a large contract for cloud computing with China. There is nothing wrong with that, but the price of admission to the Chinese market was Amazon handed over technology relating to Amazon’s cloud computing services to a company in China. The problem is now, that Amazon is on the verge of getting a massive multi-billion-dollar contract to handle all the cloud computing for the U.S. Department of Defense.

The concern is that Amazon, because of the contract with China, might be putting American national security at risk.

Last year, Amazon made the deal with China. The Wall Street Journal reported on November 14, 2017 that “Amazon.com Inc. on Tuesday said it has sold computing equipment used for its cloud services in China to its local partner, Beijing Sinnet Technology Co., in a move analysts said underscores the increasingly chilly atmosphere for foreign companies in the country.” China is a communist country and private enterprise does not exist in any real sense. Giving technology to a company in China is the equivalent of giving the technology to the Chinese government.

By doing business in China, Amazon has qualified themselves from using that same technology to handle defense information. Derek Scissors of the American Enterprise Institute (AEI) wrote a paper “How China Cheats” on November 2, 2017, “China is also the world’s undisputed leader in stealing technology, usually through cyber means and often from the US. China overproduces manufactured goods and progressively marches up the technology ladder, speeding up the process by stealing as needed.” China obviously does not want Amazon to come to China to provide services to the Chinese people, the government wants to figure out a way to steal it.

China does not allow competition from foreign sources and the only explanation for allowing Amazon into China is for nefarious purposes. Scissors argues “at the same time, it keeps the home market partly closed. The direct method is to bar state-owned enterprises (SOEs) from ever failing due to competition. In 2015, Chinese SOEs were not allowed to lose in 22 major sectors, at the expense of American goods and services. China believes in competition, for everyone else.” Amazon will make money off the contract, but they have made a short sighted decision to operate in China because the short term billions will cost them in the technology that China has acquired.

Business Insider reported on April 4, 2018 that AWS is really close to locking down a $10 billion contract for all cloud computing. This is a big problem and the Trump Administration needs to study if this contract could put Department of Defense technology held in the AWS cloud in the cross-hairs of Chinese hackers.

It appears like that Amazon would be awarded this contract based on past recent history. Perhaps it could even appear the fix was in and Amazon was assured of winning this contract. In 2018 the Pentagon awarded a $950 million contract, later reduced to $65 million, to REAN Cloud, LLC, an Amazon partner, to migrate Dept. of Defense data to the cloud.

It would be far safer if the Pentagon’s cloud computing services were served by multiple cloud computing providers, allowing for competition among providers. The agreement with AWS could endanger national security because, according to the Wall Street Journal, Amazon is selling the same exact source code, used for the contract with the Dept. of Defense, to China. Having one company serve all the cloud computing services places it are far more danger to possible hacking. The agreement will give AWS a monopoly over providing these services to the Pentagon for ten years. The lack of competition insures that taxpayers will be greatly overpaying for these services in the long run.

The deal with AWS appears to be the product of cronyism since Secretary of Defense James Mattis talks to Amazon CEO Jeff Bezos all the time according to the April 22, 2018 edition of The Washingtonian, which gives the appearance of a cozy relationship the two.

The agreement raises not only issues of cronyism but also politics. Many government officials who used to work at Amazon along with left-wing ideologues advocating open source cloud computing for all government agencies have pushed for the deal with AWS. A memo from the Deputy Secretary of Defense documents a trip to Seattle by Secretary of Defense James Mattis, made at the behest of a longtime revolving door pentagon official and Amazon lobbyist, to meet with Amazon CEO Jeff Bezos. When Mattis returned he ordered the Pentagon to migrate data to the cloud.

Amazon has not been supportive of President Trump and neither has the president, who recently attacked the company in a Tweet that said “I have stated my concerns with Amazon long before the Election. Unlike others, they pay little or no taxes to state & local governments, use our Postal System as their Delivery Boy (causing tremendous loss to the U.S.), and are putting many thousands of retailers out of business!”

The ten-year agreement with Amazon to provide Defense Department cloud computing raises many questions that need to be answered before the deal should be finalized. 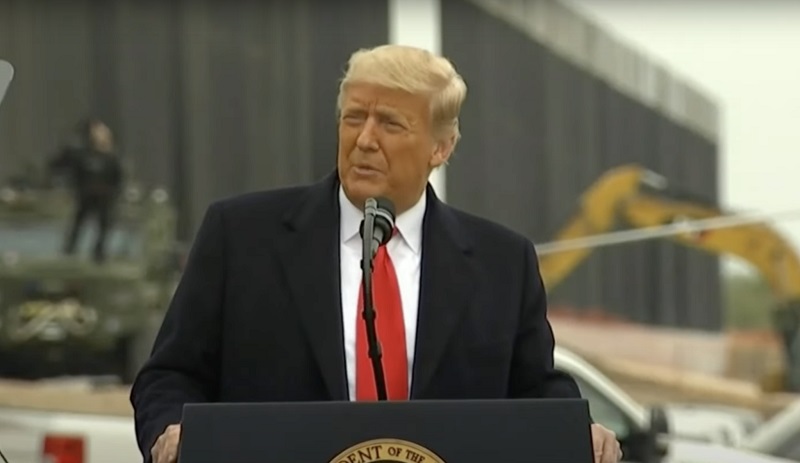