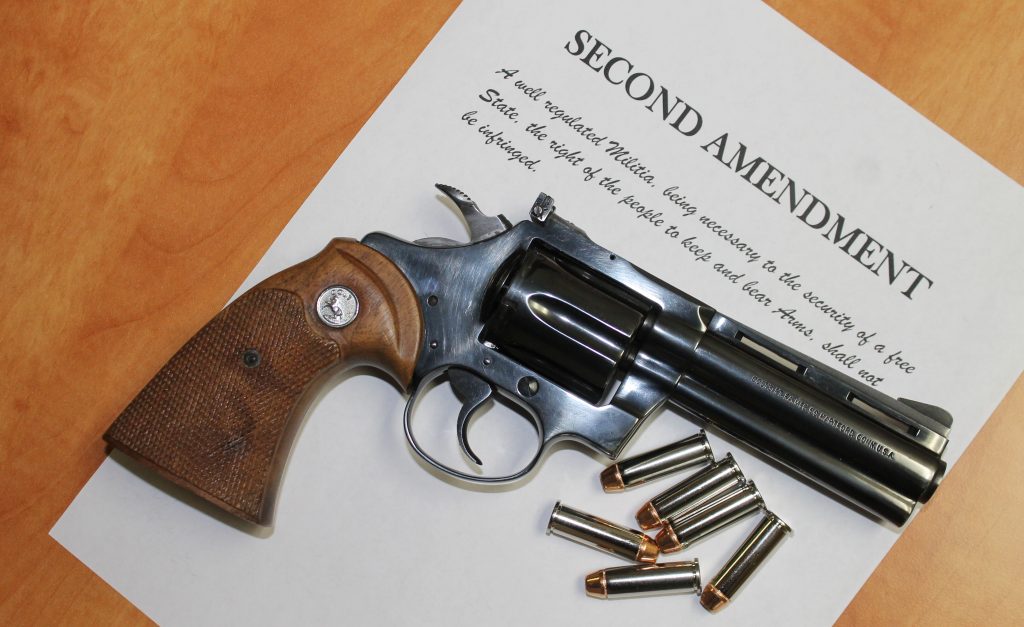 When America celebrates Bill of Rights Day on Friday, it will be interesting to see whether 17 attorneys general who signed a letter to Congress opposing the national concealed carry reciprocity bill will participate.

The gang of 17 includes the Washington, D.C. attorney general, along with those from the following states: California, Connecticut, Delaware, Hawaii, Illinois, Iowa, Maryland, Massachusetts, New Mexico, New York, North Carolina, Oregon, Pennsylvania, Rhode Island, Virginia and Washington. With the exception of Hawaii’s Doug Chin, these people have one thing in common beyond their evident dislike of concealed carry and the right to keep and bear arms: All are Democrats.

A story at KPCC detailing the problem these legal beagles have with reciprocity quoted the three-page letter they sent to Congress in October, weeks before the House of Representatives passed the measure by a vote of 231-198 that was mainly split along party lines.

“We would not mandate that one State honor another’s fishing, liquor, or hunting permits, yet the proposed legislation applies that same flawed approach to the far more serious issue of who may carry a concealed firearm,” say the anti-gun chief law enforcement officers.

That had some other things to say, as well:

“The result of the proposed legislation would be a proliferation of potentially dangerous or irresponsible non-residents with concealed weapons in the States, cities, and towns across America that have made local judgments that certain regulations on the carrying of such weapons are necessary to protect public safety. Furthermore, the House bill would override some state laws that prohibit carrying concealed weapons in bars, schools, shopping malls, movie theatres, subways, or parks. States would not be able to enforce those restrictions; nor would local law enforcement officers reacting to specific risks to the public in such locations, which have tragically been the site of mass shootings in recent years.”

But none of this is true, according to specific language in H.R. 38, sponsored by Rep. Richard Hudson and more than 200 of his House colleagues. Here’s what the language says:

“(1) permit private persons or entities to prohibit or restrict the possession of concealed firearms on their property; or

“(2) prohibit or restrict the possession of firearms on any State or local government property, installation, building, base, or park.”

“This legislation allows the most law-abiding subset of the population to travel across state lines without fear of prosecution for possession of a firearm,” Michalowski said.

That is a big issue among millions of legally-armed citizens familiar with horror stories like the one involving Shaneen Allen, a Pennsylvania mom who is legally-licensed in her state but was arrested and jailed in neighboring New Jersey. She was honest during a routine traffic stop to tell the officer that her licensed handgun was in her purse. Only a gubernatorial pardon by Gov. Chris Christie got her out of prison.

Some 16.5 million citizens are licensed to carry, according to some estimates. That’s a lot of people who are tired of being treated like criminals because they travel from one jurisdiction to another.

Health Is Important In The Kingdom With Jason Garwood
April 20th, 2021 Sons of Liberty Media