Judge Roger T. Benitez, a judge for the United States District Court for the Southern District of California, ruled on March 29 that California’s ban on large capacity magazines and their confiscation is unconstitutional (reported by the NRA and others). Though it is certain to be appealed by California Attorney General Xavier Becerra, for now, this ruling carries a permanent injunction against enforcement of the magazine ban and confiscation.

Judge Benitez issued a temporary injunction against the law previously, but has now made it permanent.

“This decision is a freedom calculus decided long ago by Colonists who cherished individual freedom more than the subservient security of a British ruler. The freedom they fought for was not free of cost then, and it is not free now.” Judge Benitez

Judge Benitez was born in Havana, Cuba in 1950. He knows well what happens with these types of bans, as he lived through the communist regime of Fidel Castro prior to coming to America. When ordinary citizens are banned from owning weapons with which to defend themselves, hundreds of thousands of people can die. He understands that, and his knowledge of American history makes the case stronger.

His ruling does not affect the penalties for using a large capacity magazine in the commission of a crime.

Magazines holding more than 10 rounds are “arms.” California Penal Code Section 32310, as amended by Proposition 63, burdens the core of the Second Amendment by criminalizing the acquisition and possession of these magazines that are commonly held by law-abiding citizens for defense of self, home, and state. The regulation is neither presumptively legal nor longstanding. The statute hits at the center of the Second Amendment and its burden is severe.

When the simple test of Heller is applied, a test that persons of common intelligence can understand, the statute fails and is an unconstitutional abridgment. It criminalizes the otherwise lawful acquisition and possession of common magazines holding more than 10 rounds – magazines that law-abiding responsible citizens would choose for self-defense at home. It also fails the strict scrutiny test because the statute is not narrowly tailored – it is not tailored at all.

Even under the more forgiving test of intermediate scrutiny, the statute fails because it is not a reasonable fit. It is not a reasonable fit because, among other things, it prohibits law-abiding concealed carry weapon permit holders and law-abiding U.S Armed Forces veterans from acquiring magazines and instead forces them to dispossess themselves of lawfully-owned gun magazines that hold more than 10 rounds or suffer criminal penalties.

Finally, subsections (c) and (d) of § 32310 impose an unconstitutional taking without compensation upon Plaintiffs and all those who lawfully possess magazines able to hold more than 10 rounds.68 Accordingly, based upon the law and the evidence, upon which there is no genuine issue, and for the reasons stated in this opinion, Plaintiffs’ motion for summary judgment is granted.69 California Penal Code § 32310 is hereby declared to be unconstitutional in its entirety and shall be enjoined.

The 86-page opinion is the most thorough judicial analysis thus far of the magazine ban question. The opinion is founded on a careful analysis of the record, and thus provides an excellent basis for future appellate review on the merits, perhaps one day by the U.S. Supreme Court.

Covering all bases, the opinion analyzes the confiscation law under a variety of standards of review. First is the standard favored by Judge Benitez, what he calls “The Supreme Court’s Simple Heller Test.” In short, magazines over 10 rounds are plainly “in common use” “for lawful purposes like self-defense.” Ergo, they may not be confiscated. The analysis is similar to then-Judge Kavanaugh’s dissenting opinion in the 2011 Heller II case in the D.C. Circuit.

Right now, you can almost hear California liberals grinding their teeth and lashing out against this judge as the news ripples across the media. But this is a man who took the time to carefully research all aspects of the case. We wish there were more judges like him. 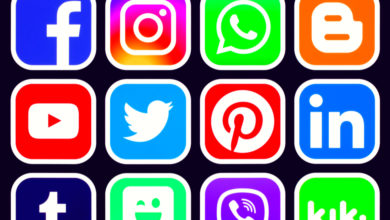