Elizabethtown, North Carolina — Democrat Louella Thompson is the chairwoman of the Bladen County Board of Elections. She was appointed to that position when word of possible election fraud was raised.  But the board voted along party lines not to include the Pledge of Allegiance, and at the end of the meeting, citizens stood and recited it anyway on Jan 15. Thompson called it a “disruption” and threatened to call the police on anyone who recited it. That did not go over well.

Thompson and another Democrat member of the Bladen County board have been admonished in the past by the State Elections Board for social media posts that Republicans stated disparaged the President. It appears their disdain for America includes the flag.  Oh, and by the way, the flag was improperly placed directly behind Thompson’s seat instead of to the right of it.

Her comments were delivered at the end of a one-hour meeting that included an impromptu pledge from the majority of the audience after the board voted along party lines not to include it in the meeting’s agenda. She said the action by the audience was a disruption of the meeting, and would not be tolerated in the future, adding lawmen would be brought in.

Republicans Emery White and Michael Aycock were for it, and Thompson and fellow Democrats Deborah Belle and Patsy Sheppard each voted against.

“Being in the military, we honor the flag all the time in the military,” said White, who motioned for the pledge to be added. “I just think it should be on the agenda. There is no way we should have a meeting without it. It’s like having a prayer. Why do we object to the Pledge of Allegiance?”

After some passionate words from multiple members of the audience about adding it, and one voice against it, Elizabethtown resident Daine Smith told the group if they wanted to join him he was going to lead it.

More than half the room stood with him, including Board of Elections Director Chris Williams.

Hypocrisy at its Democrat best, apparently. Thompson’s decision caused a firestorm that raged all the way to the Governor’s office. She at first stubbornly said, “That’s my right, and I exercise it.”

The Bladen County chairwoman backed down a bit when Democrat Governor Roy Cooper didn’t agree with her decision.

“The governor leads the Pledge of Allegiance before every Council of State meeting. He doesn’t agree with the action taken and he thinks it’s a good practice to say it before a Board of Elections meeting.” Cooper spokeswoman, Sadie Weiner. (WPDE)

Thompson changed her mind and agreed to include the pledge after the Governor delivered a smackdown of her ridiculous plan. But one Republican member of the legislature wrote a letter to the Governor demanding her resignation.

“Anything less condones this public disrespect of the United States and its citizens by your appointee in an official capacity.”  GOP House Speaker Tim Moore 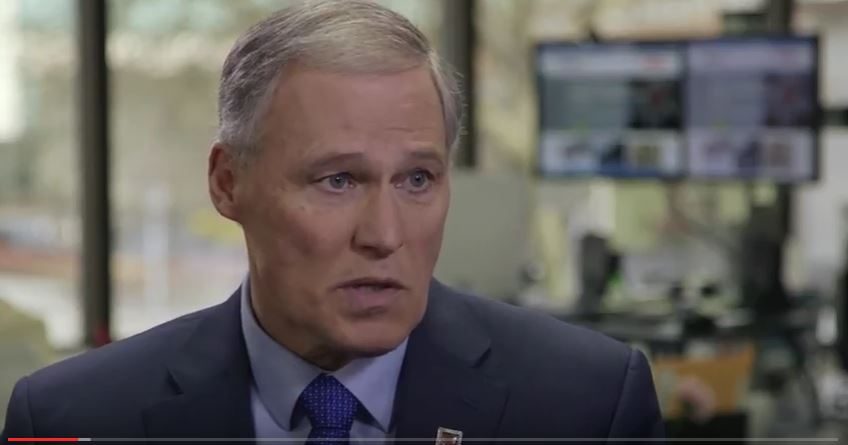