Aurora, CO – Thanks to tips from the public, the Aurora Police Department was able to find a man who shot at a jeep as it sped through a crowd of protesters on Saturday. His bullets struck two protesters instead of the Jeep. Fortunately, they will survive. Suspect Samuel Young, 23, on the other hand, is facing 4 counts of attempted murder.

The protest was organized by the ‘Party for Socialism and Liberation,’ and began at 5 p.m. on Saturday. After marching, it quickly evolved from a rally at the Aurora Municipal Center to marching on the freeway (Interstate 225). The rally was to demand justice for Elijah McClain, who was killed in 2019.

Blocking a freeway is a good way to get run over. In this case, the suspect torched off a couple of rounds at the Jeep, but missed and hit two protesters. One was shot in the leg, the other grazed in the head.

Police made contact with the driver of the Jeep who told investigators crowds began surrounding, “yelling and striking his vehicle” a release said. The driver told police he was driving toward the protestors because he was “scared and trying to get away.”

Police said the driver has not been arrested. However, the vehicle was impounded and an investigation is ongoing.

Samuel Young was located after people advised police about his identity from these photos:

Shortly after the shots rang out and protesters scattered, they returned to the Aurora Municipal Center and chaos erupted. They transformed from protesters to rioters very quickly.

They tore down a fence that was erected around the police department. They threw objects like fireworks at police and used laser pointers.

Using the plywood window coverings as a shield, some protesters began shattering windows to the municipal building and used pieces of the wood to start fires inside.

Around 10 p.m., protesters moved from the Aurora Municipal Center to Alameda Parkway, where they proceeded to block traffic.

Aurora police had earlier declared the protest an unlawful gathering and warned protesters they would be subject to arrest if they didn’t leave the area. Police tweeted around 10:07 p.m. that people were beginning to disperse.

While the majority of the protestors were peaceful, a group decided to hijack the message tonight & cause major damage to the courthouse & courtyard.

We are still seeking witnesses w/ info regarding the shooting on I-225. You can contact @CrimeStoppersCO. pic.twitter.com/E5zFJp6HS8

UPDATE: The protestors have torn down the wooden window coverings and are using them as shields.

Others are still breaking windows on the courthouse and attempting to get inside of the building.

Protestors need to leave the area or you are subject to arrest.

Hint to Aurora Police: those folks were no longer “protesters.” They became rioters. 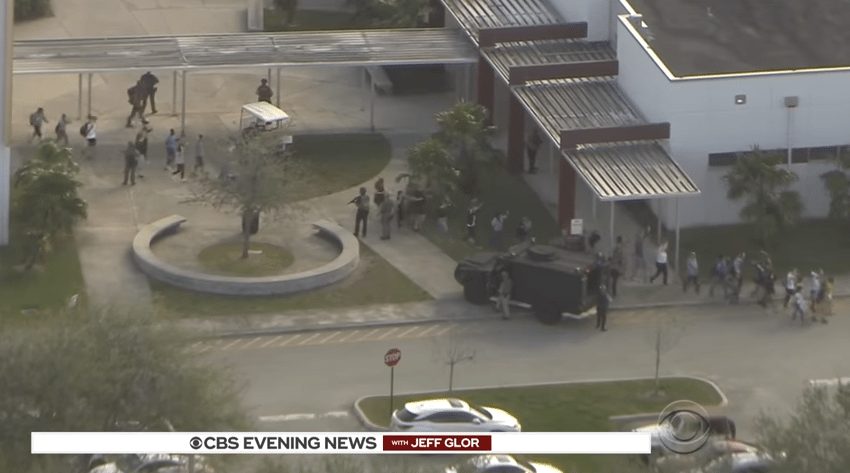