“We need to be proactive and to have resources in place in advance of any announcements.” – Missouri Governor Jay Nixon

Guess what folks we’ve all been had. The entire Ferguson brouhaha is NOTHING but a ‘dog and pony’ show as it has now come to light that Grand Juries in Missouri ONLY meet (except in dire emergencies) on Thursdays. And this Thursday the presenting of the evidence in the Brown case will finally be wrapped up and the jury will ONLY then begin their deliberations…deliberations that can take just a few minutes or stretch on for weeks as they only meet for deliberations, like I said, once a week.

And remember, a verdict was initially only promised for sometime between the middle and the end of November…or later if need be…meaning this NEVER was intended to be a quickly wrapped up case as we were all led…or should I say lied…to believe…lied to by the Obama controlled media who still keeps saying ad-nauseum that a verdict is imminent when it probably is NOT. Remember too that the ‘State of Emergency’ called for by Governor Nixon is to stay in place until December 17th…almost a month away.

Now let’s make a few other things clear…you do NOT activate the National Guard or activate the State Militias…nor do you declare a 30-day ‘State of Emergency’…if you do NOT expect reprisal for a decision NOT to ones liking. You also do NOT order all public schools closed…claiming a snow day when there is NO snow on the ground…nor do you order helicopters to patrol the skies over your town…in effect making it a NO-fly zone..unless you are privy to information the rest of us do NOT have.

And you do NOT hold a press conference to explain the obvious…as in you do NOT try to pull the wool over our eyes and say a decision has NOT yet be reached without explaining to us the protocol for Missouri Grand Juries as to why. And you do NOT do any of this unless you are placating the race-baiters and white-haters and are yourself part of the plot to make Ferguson ‘ground zero’ in Obama’s so-wanted Second American Civil War…or unless…and this might just be ‘We the People’s’ light bulb moment…unless you needed to construct a media controlled distraction to take the public’s eye off the goings on at 1600 Pennsylvania Avenue.

Yet Governor Nixon did all these things and more as tensions in Ferguson, Missouri are reaching a crescendo and have NOWHERE to go but to explode. And so with all the ‘you do NOT dos’ it becomes obvious…to me at least…that Missouri’s Democratic Governor is taking his orders from the White House…from the very man who recently told the Ferguson troublemakers “to stay their course” when on November 5th he secretly met with a number of ‘high-profile’ black protesters, including racist bar none Al Sharpton.

Now enter center stage some of the street protesters themselves who are as tired as we are of waiting for a decision that seems like it will NEVER come… and now we know why. Vocally demanding a verdict be announced NOW…of course NOT knowing about the Missouri Grand Jury protocol…it becomes obvious that the delay in announcing the decision NEVER had anything to do with Governor Nixon wanting to protect the homes and businesses of Ferguson’s own, but everything to do with hiding the facts about said protocol. And with that protocol deliberately NOT having been told to ‘We the People’ on day one…especially the fact that the Grand Jury meets only one day a week… logic dictates who is behind this cover-up, and it can be summed up in three little words…Barack HUSSEIN Obama.

So while the protesters still think the delay has to do with protecting an officer they believe to be the villain NOTHING could be further from the truth as Governor Nixon himself gave the truth away without his even knowing it. Saying he did NOT want the verdict announced until next Saturday night, Nixon cleverly tried to keep our focus on Ferguson for the next five days or so, all while Obama sneakily uses ‘his pen and his phone,’ probably by week’s end, to make 4.5 million ILLEGALS suddenly LEGAL.

Called ‘blanket amnesty’ this is his payback for the shellacking he and his party took a few short weeks ago. And this payback includes the Obama-made LEGAL ILLEGALS being given immediate access to welfare and other public benefits…including Medicare, Medicaid, and Social Security…a government ID card, and even to the State Children’s Health Insurance Program (SCHIP). And this all translates into one big ‘screw-you’ to ‘We the People’ as our nation’s monetary solvency goes right down the tubes as Obama gives these ‘people’ permission to rape our welfare and health care systems even more than they already do. And all being done as our eyes stay focused on Ferguson, Missouri.

Also, by cleverly forcing our focus to stay on Ferguson, the net neutrality issue…along with its ensuing heavy tax…also looms large, but for the most part ignored, on the horizon. And dare we forget ObamaCare with its soon to be major premium payment increases also is being downplayed as NOT so important as the media and Democratic Governor Nixon continue to craft the story about a verdict that will remain the front and center focus of the news.

Ferguson, while important, could have faded away if NOT for the media making a hero out of a thug…making the good guy…a police officer…the villain. And while blame for what’s happening in Ferguson now falls squarely on the shoulders of the race-baiters and white-haters stirring up the pot, it’s been the media that has kept the story going…just like they did when they blew the Ebola threat to our nation way out of proportion.

When the shooting first happened it was indeed news, but by feeding into the mob frenzy by showing pictures of Michael Brown as a sweet little boy…just like they did with Trayvon Martin…instead of showing the six foot three inch thug and hoodlum he was today, the media actually tainted the story by painting the one killed as a child…NEVER mind that Brown was NO child but was a juvenile offender who by age 18 already had a rap sheet that the media dare NOT reveal…or more likely was told NOT to reveal.

Continually showing their bias in favor of anyone black…NO matter the crime or who was really to blame…as can be witnessed in their deliberately NOT reporting black on white crime…the media actually tried the officer in the court of public opinion before the Grand Jury even had a chance to deliberate…finding him guilty NO matter tangible evidence and eye-witness accounts that showed otherwise. And why did the media do this…the answer once again comes down to three little words…Barack HUSSEIN Obama.

Remember, the alphabet media…and to some extent even FOX News has joined in the sensationalized countdown to the verdict aspect of this case…is in Obama’s pocket as they do his and the left’s bidding at the drop of a hat. And all because they dare NOT cross America’s ‘supposed’ first black president…the man who claims, “I am NOT the emperor of the United States” who in reality is as he and his regime yield enough power to force the cover-up of important facts and doing it with the aid of the media, and now with (I believe) the aid of the governor of the state who is the center of a brewing race war.

Today, Wednesday, November 19th on RIGHT SIDE PATRIOTS from 2 to 4pm on CPR Worldwide Media, Craig and Diane will be discussing the newest developments in Ferguson, the massacre in Jerusalem and Obama’s response to it and to the newest beheading of an American by ISIS, and other all-important issues of the day. 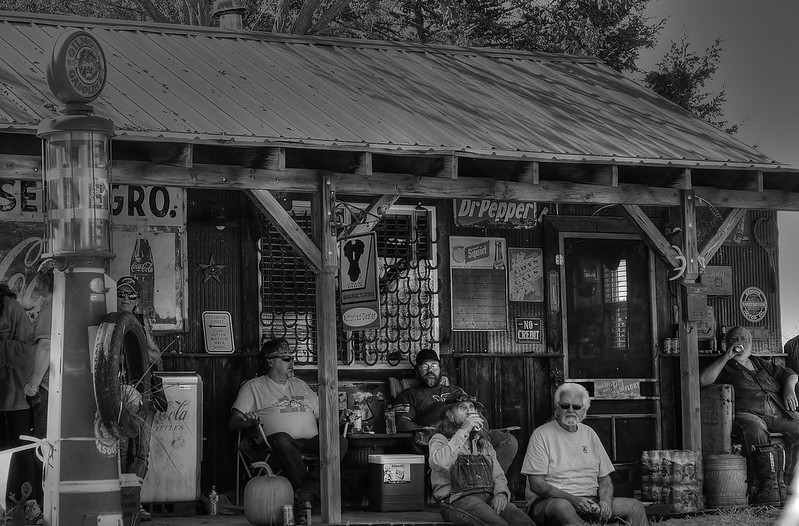