The Department of Justice has been hit with a lawsuit for failing to provide public access to its records about the “killing” of Ashli Babbitt.

She was the California woman, unarmed, a 14-year Air Force veteran, who was shot and killed by Capitol police last January when dozens of protesters got rowdy, broke windows and doors, and vandalized parts of the building.

Democrats over and over have claimed the events that day as worse than 9/11 and a true threat to the future of American government.

Babbitt was shot and killed as she climbed through a broken interior window.

Congress and federal and local authorities kept secret for months before finally revealing that her killer was U.S. Capitol Officer Michael Byrd, and then they quickly confirmed he would face no punishment for killing her.

Now government watchdog Judicial Watch has confirmed it filed a Freedom of Information Act lawsuit against the U.S. Department of Justice for its records relating to her death.

Earlier, the Executive Office for United States Attorneys, the Civil Rights Division, and the Federal Bureau of Investigation all failed to provide the records responsive to Judicial Watch’s April 14, 2021 and May 20, 2021, FOIA requests.

Those were for records of the shooting, including video footage, and communications about the case and more.

“The illicit secrecy and stonewalling on the police killing of Ashli Babbitt is obviously political and undermines the rule of law,” said Tom Fitton of Judicial Watch.

The organization’s investigation also includes a records request to the District of Columbia, and that government has asked the court for a delay in its deadline to respond.

And Judicial Watch recently filed a motion for discovery against the Capitol Policy, because that agency has argued its records are not “public records.”

Judicial Watch reported some of the circumstances of the case need explanation.

It got documentation that the D.C. Medical Examiner submitted a request to cremate Babbitt two days after gaining custody of her body.

Also, “the documents also showed that Babbitt’s fingerprints were emailed to a person supposedly working for the D.C. government, which resulted in Microsoft ‘undeliverable’ messages written in Chinese characters being returned.”

“Suck it up,” Aaron Babbitt said to Byrd.

Aaron Babbitt cited his own experience since Byrd shot his wife, who was killed when she became part of a crowd that broke windows and doors at the Capital to enter that day.

It happened when Congress was scheduled to – and did – adopt the electoral results that turned over the White House to Joe Biden. Those results raised enough questions that there were lawsuits in dozens of states, and there continue to be audits, or plans for them, in several states.

What is not in question, however, is that local and state officials during the 2020 count violated the U.S. Constitution by arbitrarily ignoring or changing state laws regarding elections. The Constitution allows only state lawmakers to do that. One state investigation already has produced evidence that supports that concern.

Further, that there were outside influences on those counts is without doubt, as leftist Mark Zuckerberg of Facebook wealth turned over some $350 million to mostly leftist election officials to help them “run” their operations. 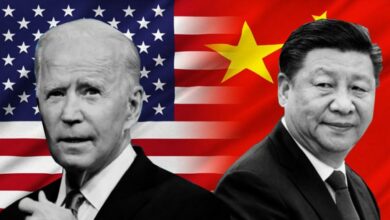