While speaking at a campaign rally in Buffalo, GOP front-runner Donald Trump made a gaffe that sparked a great deal of mockery on Twitter.  While praising the first-responders at the World Trade Center, he referred to “7-Eleven” instead of 9/11.

“I wrote this out, and it’s very close to my heart — because I was down there, and I watched our police and our firemen down on 7-Eleven, down at the World Trade Center, right after it came down, and I saw the greatest people I’ve ever seen in action,” he said, without correcting himself. “I saw the bravest people I’ve ever seen, including the construction workers, including every person down there. That’s what New York values is about.”

“It was probably a slip of the tongue,” Twitchy said, “but it’s come across even worse than Biden’s ‘slight Indian accent’ gaffe.”

So really, Trump saw all those Muslims partying and cheering at a 7-11. https://t.co/tA1m0mJUBc

Sen. Ted Cruz (R-Tex.), Trump’s chief rival, criticized the businessman for having “New York values” during a January debate, a comment that backfired on Cruz when Trump came to the defense of his liberal city and used Sept. 11, 2001, as an example. With the New York primary on Tuesday, Trump has been talking about “New York values” nearly nonstop on the campaign trail. He frequently mentions the 2001 terrorist attacks, although he usually cites the proper date. 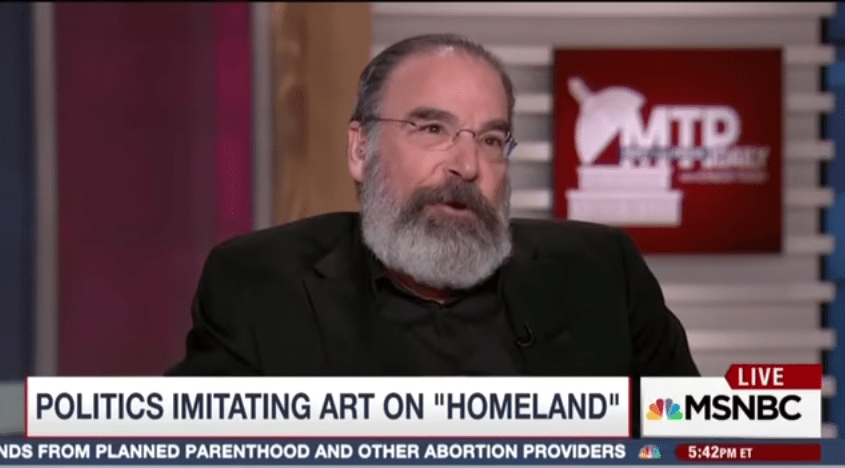 ‘Homeland’ actor: White men in the government and military the real ‘bad guys,’ not Muslim community