About 50 people staged a “die-in” near the Mar-a-Lago estate of President Donald Trump in Florida Tuesday to observe the second anniversary of the Pulse nightclub massacre, and to demand more gun control, The Hill reported.

It comes as two gun control efforts in the far corner of the Lower 48 are underway. In Washington, paid signature gatherers are scrambling to collect an estimated 12,000 valid voter signatures every day in order to meet a July 6 deadline for more than 259,600 to qualify for the November ballot.

In neighboring Oregon, an effort to push an initiative to ban so-called “assault weapons” is currently snarled in the State Supreme Court. The state high court ruled last week that it would not hear oral arguments in a challenge to the initiative. Sponsors need to get 88,184 valid signatures, also by July 6.

Since the Parkland, Florida school shooting, gun control has become a hot button issue once again across the country. There are efforts to raise the minimum age for purchasing a semiautomatic modern sporting rifle (MSR) to 21, as is the case with the Washington initiative. This essentially denies 18-20-year-olds their full Second Amendment rights that young adults in that age group have enjoyed for decades, simply because the suspect now accused in the Parkland attack was 19 years old.

In Washington, another shooting two years ago in Mukilteo by another 19-year-old has been used as one reason to institute the new prohibition. In both cases, the shooters passed background checks, so now there is a demand for so-called “enhanced background checks,” plus a waiting period.

The Hill reported that gun control proponents claimed that “someone dies of gun violence every 12 minutes, worldwide.”

Lawsuits were filed several days ago by Pulse survivors against the police.

Gun prohibitionists repeatedly used that term “gun violence” without acknowledging that it is a catch-all for every firearms-related fatality, including suicide, accidents, self-defense and actual homicides. Still, nobody talks about “knife violence” when someone is fatally stabbed, nor did anyone raise the cry against “vehicle violence” when several people were mowed down by a man driving a rented truck in New York City last year.

The Mar-a-Lago protesters included students from Marjory Stoneman Douglas High School in Parkland. Many in the firearms community believe their activism has been hijacked by the gun prohibition lobby. 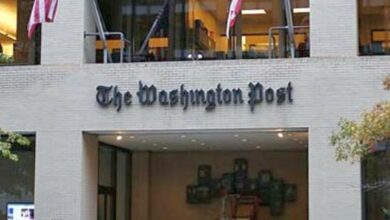 ‘The Horror’: Congressman Outlines 3 Options For Biden: All Have Him Gone