So, just like a lot of politicians who claim the get the COVID shot, there’s always indicators that they never did, but that the alleged shot given was fabricated.  Enter China Joe Biden, and illegitimate man in the People’s White House alongside and illegitimate vice president, Kamala Harris.  It’s so clear that his “booster” was staged it isn’t even funny at this point.  It’s infuriating how brazen criminals like this have become and how much we need to bring justice on the heads of the wicked such as Joe Biden.

In watching this, the first thing that captured my attention was the background.  It looks like a Hollywood movie set… because it is (More on that below).

Take a look and see if you spot it.

As puppet Biden sits with his mask on, taking his booster, others noticed that something wasn’t just right about this.

A masked Biden getting a third shot is…very weird and not convincing at all https://t.co/QhWHgtUP7U

Oh, and my personal favorite. His head seems to have a problem.

And then we see it in pictures which tells us this is nothing more than a Hollywood set. 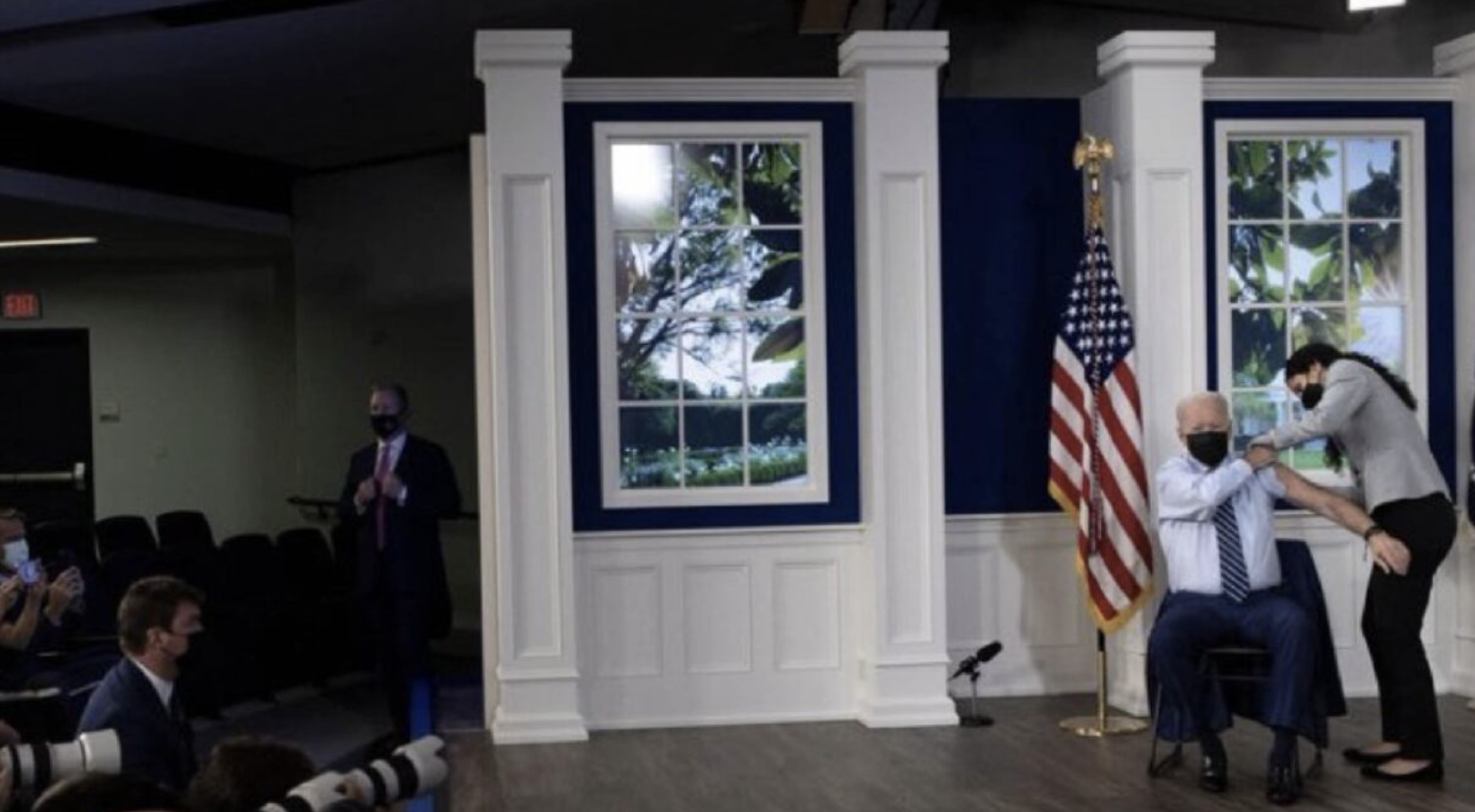 And not that I appreciate FOX News anymore than any other Mockingbird, corporate owned entity, but even they, the controlled opposition, agree that this is nothing more than a set!

And listen to how they joke about how the joke is on the People of the United States!

Here are other people that spotted it and they continue to think the administration is a joke, which it is, but they fail to see that joke is on them!

The Biden Presidency is such a joke.

Why would someone set up a fake White House backdrop when they live and work in the actual White House?

Nothing they do makes sense. https://t.co/g5oCLMWDjp

"I've seen a lot of crazy things with the "Joe Show," but this one here has to be one of the craziest…a "fake" White House set? WHY?" – Sophie O'Hara
https://t.co/DSEwe8qFrq

Why the fake background and phony set for the president to get his booster shot?

It looks like the set was built in a temporary auditorium on the south lawn of the Eisenhower Executive Office Building, not even in the White House. pic.twitter.com/NH91zJq2li

Joe Biden received a COVID booster shot in front of a live television audience — in a soundstage with a fake White House backdrop. pic.twitter.com/khmdgbw9bT

i’m glad people finally noticing they haven’t really been in the white house at all and been using green screen along with this fake white house set it’s all been smoke and mirrors for awhile now pic.twitter.com/iaBPPB6Uie

Why in the world would @JoeBiden get his booster on a FAKE white house set??? And we're supposed to "trust" this administration?? ??? hmmmm#DeepFake #BizzarroWorld pic.twitter.com/wlu1NI8iu1 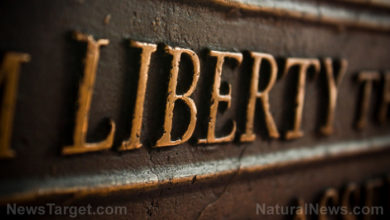 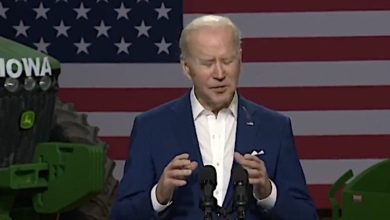 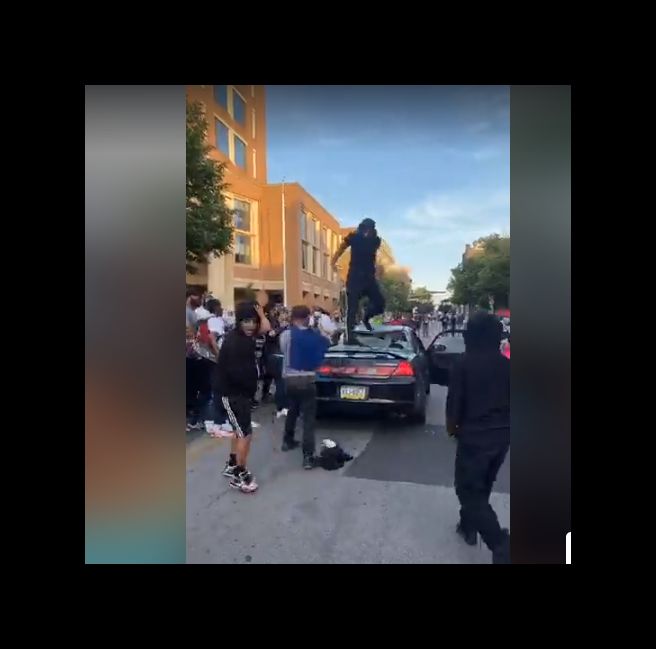 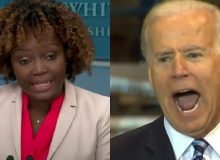