For years, Republicans have run on the promise that they would repeal and replace Obamacare.  But after several delays, Senate Republicans acknowledged they simply don’t have the votes to get the job done, even though they hold a majority.

GOP Sens. Jerry Moran (Kan.) and Mike Lee (Utah) announced on Monday night they will not support taking up a bill repealing and replacing ObamaCare, effectively blocking the legislation.

Their decision means Republicans in the Senate are well short of having the support to pass their legislation, and raises serious questions about whether President Trump will reach his goal of ending ObamaCare.

In light of Monday’s challenges, Senate Majority Leader Mitch McConnell(R-Ky.) said the Senate will try to separate ObamaCare repeal and replacement, closing the door on the chamber’s current healthcare legislation.

“In the coming days, the Senate will vote to take up the House bill with the first amendment in order being what a majority of the Senate has already supported in 2015 and that was vetoed by then-President Obama: a repeal of Obamacare with a two-year delay to provide for a stable transition period,” McConnell said.

As a result, Senate Republicans now intend to repeal Obamacare first, then focus on replacing it.

McConnell’s plan, which has hit a number of roadblocks, failed to garner enough GOP support to pass the Senate. The latest iteration of the bill–the third overall, incorporating a watered-down version of an amendment from Sen. Ted Cruz (R-TX)–was put on hold over the weekend after plans to hold a vote this week were delayed because Sen. John McCain (R-AZ) underwent a craniotomy surgical procedure in Arizona. McCain’s vote would have been needed to pass the bill, but with Lee and Moran now against the legislation, the bill would fail even with his vote.

It’s hard to imagine the clean repeal of Obamacare–the 2015 bill–would fail in the House or the Senate, given that most of the GOP members in both chambers have already voted for it.

From here, it is unclear as of yet what the timeline will be. But Republicans in Congress wasted nearly seven months of the Trump administration–Thursday will mark seven months exactly since Trump’s inauguration–fiddling around with repeal and replace at the same time.

House Speaker Paul Ryan similarly failed multiple times to pass his own version of the Senate bill for months, and it was only after he left Washington for Europe and Hollywood that Republican rank-and-file House members from the House Freedom Caucus and the Tuesday Group were able, outside the purview of Ryan, negotiate their own fix to pass the bill through the House.

My full statement opposing this version of BCRA: pic.twitter.com/CUq4Kibe0I

A huge part of the problem is that the bill before the Senate really didn’t repeal all of Obamacare.  Sen. Lee observed: “In addition to not repealing all of the Obamacare taxes, it doesn’t go far enough in lowering premiums for middle class families; nor does it create enough free space from the most costly Obamacare regulations.”

Which makes us wonder: Are these Republicans capable of fulfilling their promise to the American people?  If this is the best they can do, then maybe they should consider another line of work and make room for others who can get the job done. 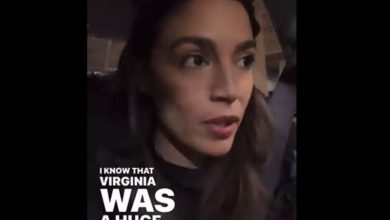 AOC: McAuliffe Lost Because He Was Too Moderate 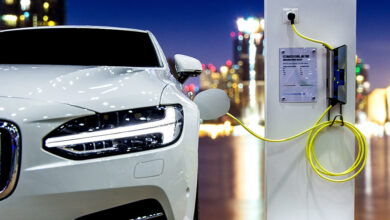