Lena Dunham is at it again.  She’s making false accusations against American Airlines flight attendants.  At 2:51 AM on August 3, she claimed to have overheard a conversation between two flight attendants disparaging transgenders.

This from the same Lena Dunham who claimed that she was raped at college.  She let her story implicate an innocent man whom she had ever met and let him twist in the wind for months before she admitted that he never raped her.  My guess is she was never raped.  With a whole college full of beautiful women, why would you rape Dunham.

American Airlines, to their credit, took her accusation seriously.  (Although for the life of me I can’t figure out why)

Here are her rants and her interaction with American Airlines:

Not gonna call out the airline who delayed cuz shit happens BUT I did just overhear 2 @AmericanAir attendants having a transphobic talk.

American Airlines did investigate the incident and guess what?  They tore holes in her story large enough to drive her ego through.  First of all, they noticed she was flying on Delta.  But American flies out of Terminal 8 but Delta does not.  The two terminals are not connected.  American Airlines used airport security cameras to find this out.

Here is a map of the airport:

If that’s not enough to convince you, then how about this?  Dunham tweeted about the conversation at 2:51 AM in a terminal that would not have American flight crews present and to top it off, the last flight of the night took off at 1:35 AM, an hour and a half before Dunham claimed to hear the offending conversation.

In Lena Dunhams head. Men who don’t engage in convos with her are just conflicted about wanting to fuck her pic.twitter.com/yHlH2TOARv

Fortunately Beckham Jr. has a sterling reputation and no one believed her anyway like they did with Barry the Conservative and American Airlines. 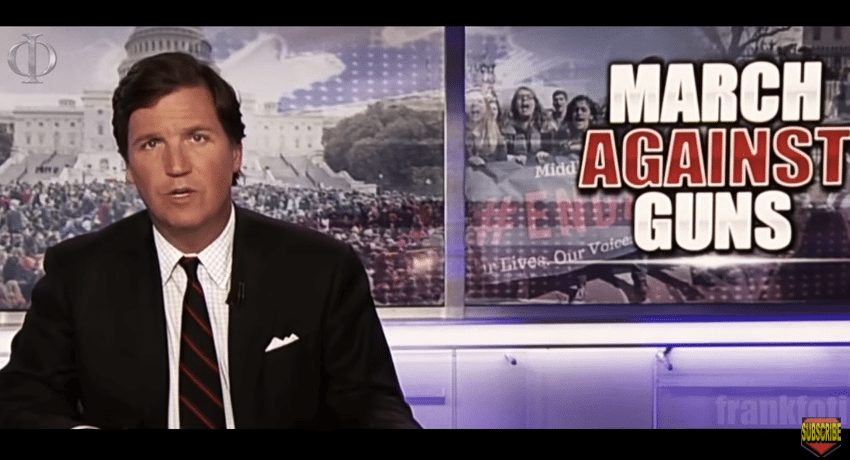 Video of the Day: Tucker Carlson explains why David Hogg should be rejected by rational adults