(Natural News) The World Economic Forum, which kicked off in Davos, Switzerland earlier this week, posted a shocking graphic on Twitter as the conference kicked off that contained a quote from a Danish parliament member.

According to the tweet, MP Ida Auken reportedly said, “Welcome to 2030. I own nothing, have no privacy, and life has never been better” — implying that the global elite has something much worse than a mere dystopian future planned for the vast majority of people on the planet — an existence devoid of rights, possessions, and, likely, any say in our futures.

Welcome to 2030. I own nothing, have no privacy, and life has never been better @IdaAuken https://t.co/6BKymvbKB5 pic.twitter.com/YJjAkw8skS

All said, at least some participants are talking a good game and surprisingly, that includes the United States.

“U.S. Trade Representative Katherine Tai said Wednesday that the world needs to shift to a new trading system that aims to promote inclusiveness, resilience and sustainability–saying that the current version of globalization is ‘running into some limitations’ by creating income inequality,” The Wall Street Journal reported. “Speaking on a panel at the World Economic Forum in Davos, Switzerland, Ms. Tai warned that the shift to a new economic system will require governments and businesses to put in extra work and face changes including less efficiency and added costs.”

She said: “Your less efficient world economic system will necessarily mean that we can’t just be pursuing the lowest cost and the maximum cost efficiency.” Instead, a new system would require participants to pay premiums for “an insurance policy to make sure that when we run into problems…we have systems that can help us bounce back.”

But in many other respects, this year, the WEF has devolved into relentless attacks and perceived “right-wing” extremism and combatting “misinformation,” though any serious observer knows the WEF is not serious about either subject because fired and little-watched former CNN host Brian Stelter was a panel member discussing the ‘issues.’

Stelter asked the panel, “How does this discussion of disinformation relate to everything else happening today in Davos?”

Sulzberger, who owns one the largest CIA disinformation outlets on the planet, claimed misinformation is the “most existential” problem the world is facing because it is attacking “trust” and causing societies to “fracture” — literally what his newspaper is doing on a daily basis.

Meanwhile, Jourová said she believes that alleged hate speech will become criminalized soon in the U.S. — obviously not at all mindful of our First Amendment.

“Illegal hate speech, which you will have soon also in the U.S. I think that we have a strong reason why we have this in the criminal law,” she claimed.

But critics not only blasted the panelists for their outrageous disregard for American constitutional and legal protections on speech, they ripped Stelter for just sitting back like a potato and allowing them to make such remarks unchallenged. That included Stephen Miller, a contributing editor at Spectator World. He wrote on Twitter in a post containing a video clip of an exchange: “Brian Stelter just sitting there instead of challenging this petty fascist is a big reason why he’s unemployed.”

Brian Stelter just sitting there instead of challenging this petty fascist is a big reason why he's unemployed. https://t.co/HLKCvvqNTV

Another user bashed the Democratic House member, Moulton, for just sitting on the panel in the first place (he literally takes an oath to uphold and defend the Constitution upon entering office).

Seth Moulton going to Davos in the first place, much less being on a panel arguing for the criminalization of 'hate speech' and 'disinformation', is just … pathetic.

These people have no business deciding how billions of people who are not their citizens must live. 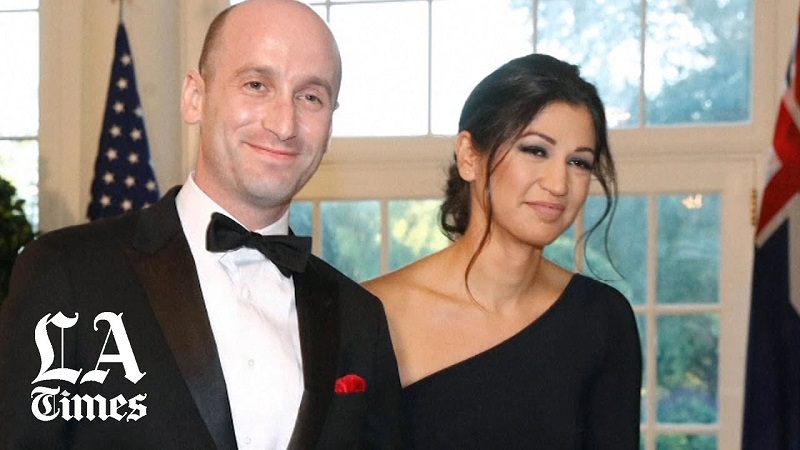