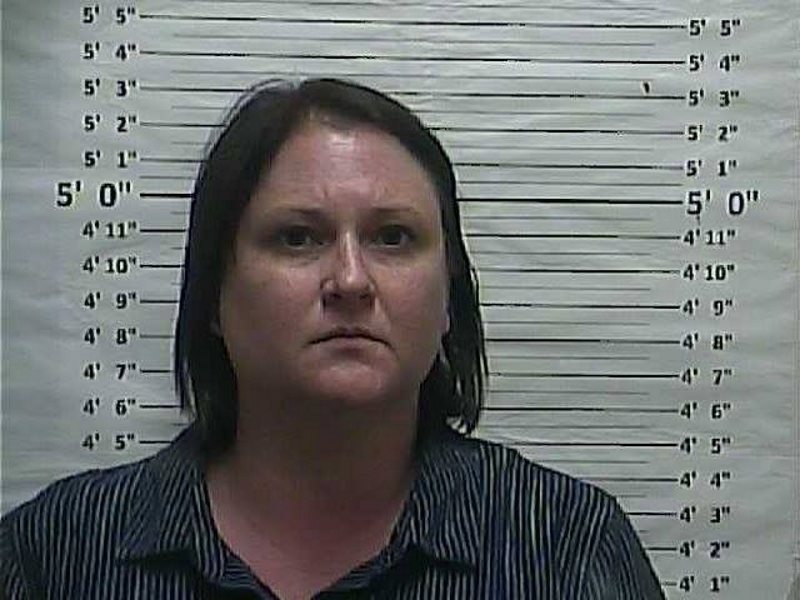 A Weakley County, Tennessee woman was arrested on Thursday after following Republican Congressman David Kustoff, (R-TN) and then threatening him and his aide.

According to the Criminal Investigations Division of the Weakley County Sherriff’s office, 35 year old Wendi L. Wright of 4004 Hubert Harris Road in Obion County, TN was arrested and charged with felony reckless endangerment after an incident that took place in Weakley County on Monday, May 8, 2017.

During that time, it is alleged that Wright followed a vehicle that was occupied by U.S. Congressman David Kustoff and his aide, Marianne Dunvant while they were driving down Highway 45, south of Martin.

Kustoff and Dunvant had been at a town hall meeting on the campus of the University of Tennessee at Martin.

Wright had placed Kustoff and Dunvant in fear of being forced off the road as they were being followed by Wright. When they turned onto Old Troy Road and into a driveway of a person they were familiar with, Wright got out of her vehicle and began screaming and striking the windows of Kustoff’s vehicle and at one point, reached inside the vehicle.

Then, Wright stood in front of their vehicle in an attempt to keep them blocked in and during that time, a 911 call was placed but Wright had left before deputies arrived.

Wright was identified by a post she put on Facebook, detailing her encounter with Kustoff and Dunvant.

She has been released after posting a one thousand dollar bond and will be arraigned on Monday, May 15th in the Weakley County General Sessions Court.

In 2016, he was elected to the House of Representatives for the 8th District of Tennessee. He is a member of the House Financial Services Committee and serves on three subcommittees such as Financial Institutions and Consumer Credit, Oversight and Investigation, and Terrorism and Illicit Finance.

Ever since President Trump was elected, Republicans are shying away from in-person town hall meetings with constituents due to concerns about their own safety amid growing protests over Trump’s policies.

As Jeff Crouere of Townhall pointed out, “The left cannot engage in a civil debate, so too many of these town hall protesters have made vile comments, threatened Republicans in attendance and tried to intimidate the GOP politicians hosting the meetings.”

“Unfortunately, it has gotten so out of control that some congressmen such as Texas Republican Louie Gohmert have been forced to cancel their town hall meetings. Gohmert said that the protesters were “from the more violent strains of the leftist ideology, some are even being paid, who are preying on public town halls to wreak havoc and threaten public safety.”

Please help a USAF Veteran in need by clicking here.

So, Donald Trump Got Biden To Admit He Wants To Ban...

What To Expect After The Elections – Part 2
October 25th, 2020 Sons of Liberty Media