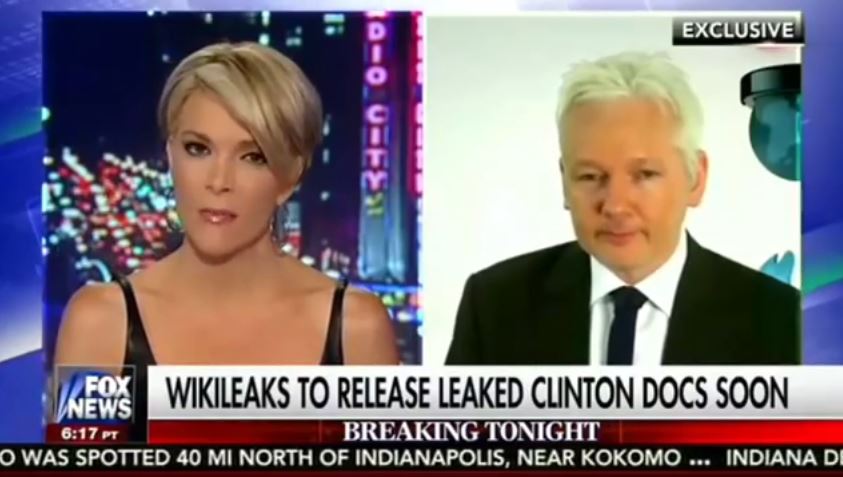 In an interview aired on Fox News Wednesday, Wikileaks’ Julian Assange told Megyn Kelly that many more emails are set to be released before the election.  Some, he said, would be interesting while others would be “entertaining.”

Assange fell just short of calling the planned drop a “game-changer,” but did say it would be “significant.”  And when asked if they would be released before the election, he responded by saying, “yes, absolutely.”

Here’s video of the program that includes part one of the interview with Assange:

Assange has previously teased an “October surprise” that could threaten Clinton’s candidacy. The release, should it occur, would follow last month’s dump of nearly 20,000 pages of emails and documents hacked from the Democratic National Committee

“In the case of the DNC leaks we pushed as fast as we could to try and get it in before the Democratic nomination conference because obviously people have a right to know who they’re nominating,” he told Kelly.  Likewise, he added, “people involved in [the Nov. 8] election have a right to understand who they’re electing.”

The second part of the interview will air on Thursday at 9 p.m. Eastern time.