With the 100th anniversary of the dedication of the Tomb of the Unknown Soldier making this Nov. 11 special, it is a good time to revisit the history of Veterans Day and where it is officially observed in Washington, D.C.

World War I, originally known as “The Great War” or “the war to end all wars” (only after a second world war proved the latter term wrong was it then recognized as the first world war) ended on the 11th day of the 11th month at the 11th hour in 1918 – the exact time an armistice took effect. Thus, in 1938, Congress passed legislation to establish Nov. 11 as “Armistice Day” to honor veterans who had fought in it. However, in 1954, after the U.S. had fought two more conflicts – World War II and Korea – due to pressure from veterans groups seeking to honor all who served in America’s wars, the 1938 legislation was amended with one simple word change – replacing “Armistice” with “Veterans.”

Official observations of Veterans Day involve a ceremony in Arlington National Cemetery in Virginia in front of one of the most visited sites there – the Tomb of the Unknown Soldier. The president of the United States traditionally places a wreath at the Tomb to honor those who have served in all our wars and those who made the ultimate sacrifice.

The Tomb contains the remains of an unidentified soldier who died in World War I. He was laid to rest with a white marble sarcophagus emblazoned with three Greek figures representing Peace, Victory and Valor. On the rear of the monument, the following is inscribed:

“Here Rests in Honored Glory An American Soldier Known But To God.” Situated on high ground at almost the perfect geographic center of the cemetery, the Tomb “exemplifies valor and honor by remembering those who died committing brave and selfless acts with no one to bear witness to them.”

The selection process to determine whose unidentified remains would be interred in the Tomb was quite involved. It started with randomly selecting unidentified remains from four French cemeteries. Removed, they were placed in front of Sgt. Edward F. Younger, who was also randomly selected for this honor, to choose one set of remains by placing a spray of white roses atop the casket. Those remains were then eventually transported to the USS Olympia, which sailed up the Potomac River, receiving and returning salutes from military posts along the way, docking at the Washington Navy Yard. This Unknown was memorialized for eternity in the first Tomb of the Unknown Soldier established Nov. 11, 1921 – his coffin resting upon some of the French soil in which he was first buried.

The later process of selecting a World War II Unknown was, ironically, interrupted by another conflict – the Korean War. As a result representative remains from both these conflicts, again following a detailed selection process, were honored by burials at the same time in Arlington on May 30, 1958.

In 1984, America laid to rest an unknown soldier from the Vietnam War. But an interesting twist followed. Technology had advanced such that on June 28, 1998, DNA testing of the remains confirmed his identity as U.S. Air Force 1st Lt. Michael J. Blassie, 24. The highly decorated pilot was shot down in May of 1972 while flying his 138th combat mission. Once identified, Blassie’s remains were transported to his home state of Missouri for burial. Today, the Tomb of the Unknown Soldier of the Vietnam War remains vacant. Its crypt cover has been replaced with one with a different inscription that reads, “Honoring and Keeping Faith with America’s Missing Servicemen, 1958-1975.”

With DNA technology now so advanced, hopefully we have built the last tomb for any Unknowns.

Ever since April 6,1948, without interruption and regardless of weather, the Tomb of the Unknowns has been guarded 24 hours a day, 365 days a year by members of a special detail from the 3rd U.S. Infantry Regiment (The Old Guard). Interestingly, to ensure they are junior in rank to whoever is buried in the Tomb, they wear no rank insignia. Members of the 3rd U.S. Infantry Regiment also place small American flags at over 400,000 headstones in the cemetery for Veterans Day.

While Congress established Veterans Day as a call for all Americans to remember those who served, there are those, both who wore the uniform and did not, who seek to memorialize our veterans more than on just one day.

Among these is Robert Martin who, to mark the centennial interment of World War I’s resident representative at The Tomb of the Unknowns, wrote a poem entitled, “In Arlington.” The poem so captivated award-winning actor and longtime activist on behalf of veterans Gary Sinise that he had a video done to share the poem with others. Noting that the Tomb is one of our most sacred and revered sites for all service members and families who have sacrificed loved ones in times of armed conflict, Sinise introduces the poem, read by Martin, recognizing it for bringing to life our military’s compelling American story. It is a touching tribute.

Watching the video, listening to the poem, observing the cemetery scenes of row after row of headstones and, later, each with a small American flag fluttering in the breeze, these serve to bring home the reality of the idiom that “Freedom isn’t free.” It is disheartening to think that anti-American social activists like former professional football quarterback and flag-kneeler Colin Kaepernick and his ilk could watch “In Arlington” and remain unmoved at the sight of all the headstones of those who made the ultimate sacrifice for personal freedoms on their behalf. Because of such sacrifice, the American flag still flies high and continues to mean so much to so many who have so served.

Unfortunately, there will always be those who just don’t get it – not even when a video like “In Arlington” clearly conveys such a patriotic message. 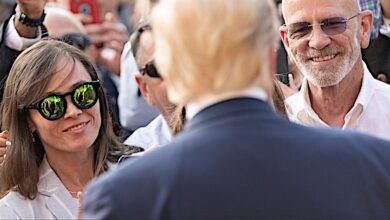 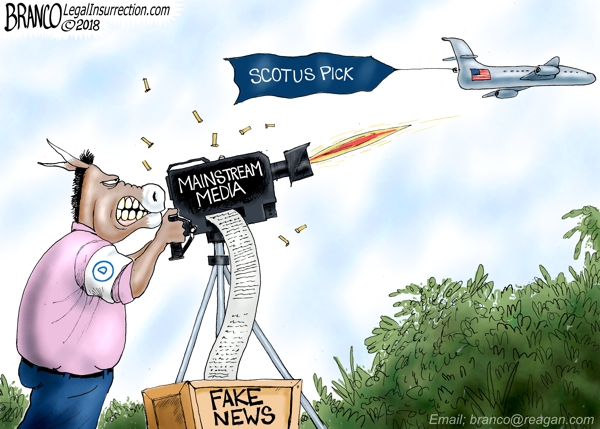 Cartoon of the Day: Flak News — With bonus video 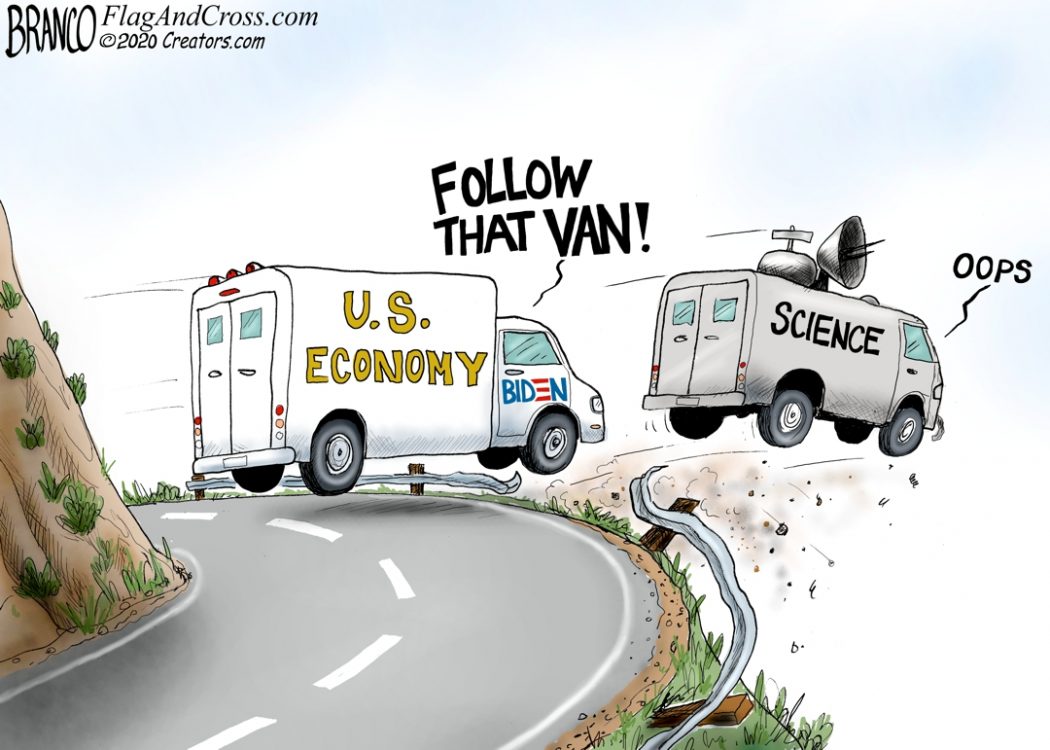 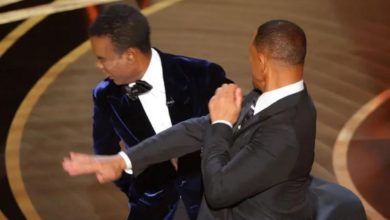