For years, bad things have been happening to California.  Is there a reason why the state is being forced to endure crisis after crisis?  This week, an unprecedented heat wave is making headlines all over the globe.  Over a million California residents experienced high temperatures of at least 110 degrees on Tuesday, and Wednesday was the ninth day in a row when at least some part of the state has been under a heat alert.  Of course this comes at the tail end of a summer that has been extremely bitter.  The endless heat and endless drought have been absolutely devastating agricultural production, and it seems like the wildfires never stop.

California could really use a break right now, but instead it appears that the current heat wave may stick around for a while…

A record-breaking heat wave has baked the West for days — setting record high temperatures, fueling destructive wildfires and threatening rolling power shutoffs in California — and it could last even longer due to the effects of a strengthening hurricane along Mexico’s Pacific coast.

Of course there have always been heat waves all throughout history, but what we are witnessing right now is not even close to normal.

In recent days, some cities in California have broken old records by over 10 degrees, and the mercury actually reached an all-time record high of 116 degrees in Sacramento…

Sacramento hit 116 degrees Tuesday, the hottest day on record for the state capital, according to the National Weather Service. Records were also broken all over the Bay Area, with some cities shattering previous daily records by more than 10 degrees.

Have you ever experienced 116 degree heat?

In fact, we are being told that this is “the worst September heat wave on record”…

“This will be essentially the worst September heat wave on record, certainly in Northern California and arguably for the state overall,” Swain said. “By some metrics, it might be one of the worst heat waves on record, period, in any month, given its duration and its extreme magnitude, especially in Northern California and especially in the Sacramento region.”

When conditions become this oppressive, people don’t want to go outside at all.

Instead, most just want to stay inside and enjoy the air conditioning.

As a result, there has been an enormous strain on the power grid this week, and rolling blackouts were very narrowly averted on Tuesday…

Californians are being asked to conserve power for the eighth day in a row as the state’s grid operator expects more strain on the energy grid and possibly rotating outages on Wednesday.

Despite record demand on Tuesday, California was able to narrowly avoid rotating outages. The California Office of Emergency Services sent out an emergency alert to people’s phones shortly before 6 p.m.

There was a noticeable drop in energy demand shortly after that alert.

Of course this latest heat wave comes in the midst of the worst multi-year megadrought in the region in 1,200 years.  Agricultural production in the state is being hit extremely hard, and it is now being reported “that yields could be down by as much as a third this year”…

It’s not the only region of the world struggling with water shortages. A drought that has been enveloping the southwestern United States since 2000 marks the driest 22-year period of the past 1,200 years, a UCLA-led study found. The American Farm Bureau Federation suggests that yields could be down by as much as a third this year compared with last year because of drought and extreme heat.

Maybe you don’t care about what is happening to California, but you should care.

California normally grows about a third of our vegetables and about two-thirds of our fruits and nuts.

So if you plan to eat next year, what is happening to the state should matter to you.

A couple of of weeks ago, I wrote about the looming tomato shortage that is being caused by the drought.  The state of California accounts for approximately 25 percent of all tomato production in the entire world, and a lack of moisture is really hurting tomato farmers in the state this year.

As a result, there will be a lot less spaghetti sauce and pizza sauce to go around in 2023.

The endless drought has also created ideal conditions for wildfires to erupt and thrive.

Over the Labor Day Weekend, more than 4,000 firefighters were working to contain 14 different large wildfires in the state.

Of course dealing with wildfires has basically become a way of life in California these days.

There is one last thing that I wanted to mention in this article.  As water levels drop all over the region, things are being revealed that have not been seen in generations.

In fact, in the central part of the state an entire ghost town from the Wild West has now emerged out of the water…

At Lake Isabella, nestled within the southern Sierra Nevada foothills in Central California, the telltale signs of drought are all too visible. The shoreline resembles a giant toilet bowl ring around the lake’s edge, while the detritus of long-forgotten secrets in various stages of decay poke up from the lake’s bottom.

Now at 8% capacity, the man-made lake is revealing the foundations of one of the Wild West’s most infamous towns — and it’s all visible from the shore, or accessible by boat.

Welcome to the re-emergence of Whiskey Flat: one of the wildest, most storied, tragedy-laden places to ever come out of the Old West and the Gold Rush era. A place with a history so familiar, it’s stitched into American folklore. Many of the tropes, tall tales and tragedies of the Old West can be traced to this long-flooded valley.

The state was full of sinister characters in those days, and the same is true in our time.

It is often said that as California goes, so goes the nation.

California always seems to be on the cutting edge of everything that is wrong with this country, and the future of the state is not bright.

But most Californians are just going to keep on living the way that they have been living, and very few of them ever stop to think about the consequences.

Unfortunately for all of them, the clock is ticking and a day of reckoning is fast approaching. 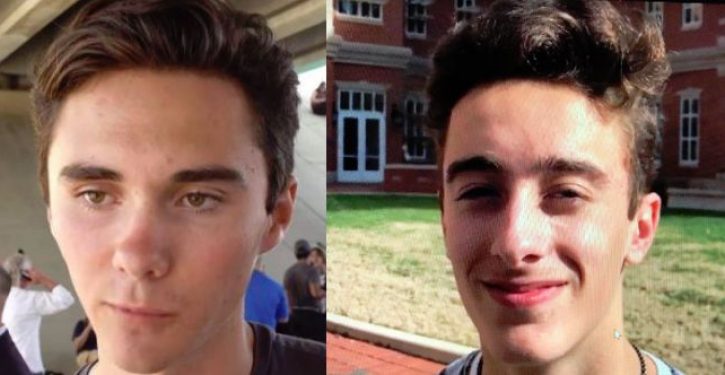