During Wednesday’s edition of ABC’s ignorant liberal hate-fest, “The View,” Whoopi Goldberg said people who own AR-15s should be reported to police and thrown in jail.

A post at Primetimer said it was part of an ongoing “debate” on the program over guns:

It was a cross-table battle Wednesday morning as Whoopi Goldberg and guest co-host Tara Setmayer squared off on gun reform. As she’s done for the past few days, Whoopi advocated for a ban on AR-15-style weapons, a move that Setmayer believes would be impossible to enforce. “It’s not as easy when you have a country that has more guns than people,” said the conservative commentator. You’re not going to be able to just ban all the guns!”

Setmayer correctly argued that it’s not as easy as Goldberg thinks to simply ban one weapon.  After all, if AR-15s aren’t available, criminals will use something else, like handguns.

Whoopi, however, showed her complete ignorance of the subject of weaponry.

“A handgun does not turn people to dust!” she declared, earning applause from equally ignorant and low-information audience.

Note to Whoopi: AR-15s do NOT turn people to dust.  Listening to your screeching, however, is making my brain bleed…  But that’s another issue.

After Joy Behar and Sunny Hostin chimed in with statistics to back up Whoopi’s point, Setmayer quibbled over semantics. “It depends how you define ‘mass shootings,'” she said. “You still have people shooting in the inner cities.”

“We’re saying take one gun out of the plethora of guns that are out there!” said Whoopi. “So then what happens to the guns on the black market, then?” replied Setmayer. “Say we ban the AR-15. AR-15s are the most popular weapon in this country!”

“Well, you know what, Tara? I’ll tell you what happens,” fired back Whoopi, her voice rising. “The same thing that is being threatened to women who decide I need to go talk to somebody about an abortion. We’ll report them and put them in jail. That’s what! You got an AR-15, we’ll put your ass in jail!”

This is the modern left, folks.  Let this sink in. 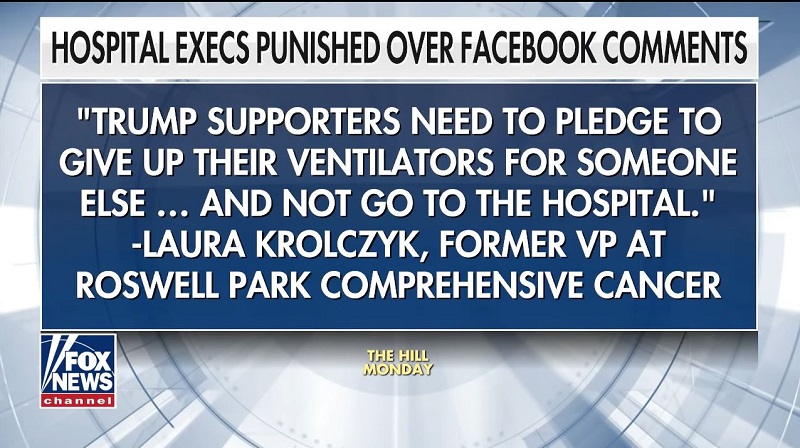