With the release of the film “2000 Mules,” the overwhelmingly evidence, beyond a shadow of a doubt, that the 2000 election was stolen, rigged and covered up becomes clear for all to see.

There were countless acts of “insurrection” involved. Democrats were successful at committing treason. It was a coup d’état. It was an outright act of rebellion, a successful revolution, an overthrow not just of a democratic election but a coordinated effort to defraud even the Founding Fathers of this great country.

What a betrayal of those Democrats’ oaths of office – and the pledge of allegiance, the Constitution! What chutzpa!

But still they lie, they cheat, they defame – they’ll never come clean! They will never stop.

There’s a scene in the movie that suggests, “If you believe you are fighting Hitler, do you shy away from doing anything to challenge an election?”

It’s time to come to our senses. Real Americans do not share anything in common with the people who committed this outrage – and covered it up! Not only did they do that, but they ACCUSED US OF WHAT THEY HAD DONE!

They claimed we were “insurrectionists”! Or maybe you don’t know for sure that fraud was committed – you only suspect it. If you see this movie, you will KNOW. And God help you then. I almost wish I didn’t know. I almost wish I had kept my innocence.

Now we that we know, what are we going to do about it?

For starters, it’s imperative that all people – even liberals – see this movie and make up their own mind about – immediately!

It’s truly demoralizing, heartbreaking; it demonstrates that a massive number of Democrats were involved in an absolutely corrupt, secret, dark, indefensible plot to participate in the highest criminal actions against the rest of us. Should we give them another chance to do it again? Or do we take actions against them to make it impossible for them to ever participate in an election again? And how do we do that?

Should we be charitable to them when they never were?

So many questions run through my mind. Can we as a nation ever be the same?

We are, after all, enduring the regime that perpetrated this terrible injustice. In fact, I wonder what brush fires they are now just starting.

Let me explain. What happened the night this incredible, breathtaking movie debuted? Was the nation seized by it? Were there news stories hailing it? Of course not. There was, instead, thousand of stories about a leak that the U.S. Supreme Court was about to rule 5-4 against Roe v. Wade. It was the first time ever a Supreme Court draft decision was leaked over a month in advance.

Why was everyone in the media on this story? Was it a diversion possibly? Was it meant to change the narrative?

I can also assure you of one thing. It was not a conservative or Donald Trump who leaked that document. And, it’s not the kind of story that lasts one day. Even Steve Bannon’s show talked about nothing else. There were pro-abortion protests in the streets the night I saw this movie debuting in the greater D.C. area and around all 50 states.

The Supreme Court was preparing to announce the decision in a month. Who leaked it? Why?

Maybe someone doesn’t want you to know about this movie – “2000 Mules.”

Can you think of any reason?

The Democrat machine is dirty, disgusting, defiled. They control most of the corporate world in America, most of the media, all of Big Tech. But they don’t control YOU!

If you see one movie soon, make sure it’s not one made by Hollyweird.

See it once, twice, or get your own copy. You won’t be disappointed. Your eyes will be opened. You won’t be able to forget it – I promise.

See how the Steal was done. You won’t believe it, but I afraid it’s absolutely true. In fact, I’m sure of it. 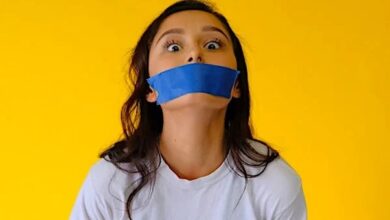 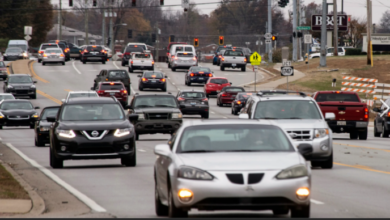 New York radio station wonders: Is it time to overthrow this government?