If there’s an object lesson to the voters in this morality tale, it might be that beauty is more than skin-deep. A more cynical reading might be that one should judge a man not by the color of his skin but by the content of his character. If Houston residents had, they’d probably feel less duped about electing a white candidate to a community post over his black counterpart.

Station KHOU has the story (video here) whose protagonist (or antagonist, depending on your point of view) is a man named Dave Wilson. Wilson knew his chances of winning a seat on the Houston Community College Board were remote, mainly because he is a white Republican and the district in which he was running is overwhelmingly black and Democratic.

Professing to be fed up with what he called “all the shenanigans” in the HCC System, Wilson hit upon a novel campaign strategy: He decided to pass as black. No, he did not dress up in blackface or “colorize” photos of himself in his direct mail campaign. In fact, there were no photos of him at all. There were, however, plenty of snaps of smiling black faces, which he readily admits lifting off websites.

One of his fliers (shown here) contains seven black headshots and the caption, “Please vote for our friend and neighbor Dave Wilson.” What is not on the flier is as important as what is: Nowhere on this document or any of the others he distributed does Wilson outwardly claim he is black. The strong implication is there, but he left it to voters to connect the inferential dots.

They did. He prevailed over his genuinely black opponent, 24-year incumbent Bruce Austin, by the narrowest of margins, 26 votes. But Wilson (shown here) is convinced that his racially tinged campaign was almost certainly a factor in his victory. So evidently is Austin, who during the campaign blanketed the district with his own mailer showing Wilson’s face, calling him a “right-wing hate monger,” and saying he “advocated bringing back chain gangs to clean highways.” But by then voters’ minds had been made up.

Bob Stein, the Rice University political scientist and KHOU analyst, says, “I suspect it’s more than just race. The Houston Community College was under some criticism for bad performance. And others on the board also had very serious challenges.”

No matter what led to the upset, Austin has shown himself to be a poor loser. He has announced plans to ask for a recount, and harrumphed to reporters:

Wilson, whom the station describes as a gleeful political troublemaker, ruefully observes that “every time a politician talks, he’s out there deceiving voters.” 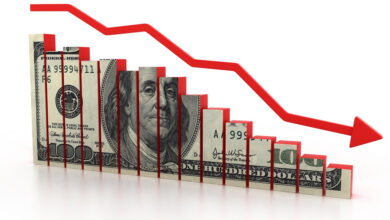