She made the announcement on Twitter, in response to a tweet that said fewer people signed up for Obamacare using the exchanges in February than January.

.@AaronBlakeWP @washingtonpost there are fewer days in January than February.

No wonder we’re in the shape we’re in.  We have an administration that apparently thinks 28 is greater than 31.

serious excuse for drop in enrollmen?!? RT @HealthCareTara there are fewer days in January than February. @AaronBlakeWP @washingtonpost

Yes, that’s the excuse she used.

Others mocked her for failing to consult her calendar before issuing the tweet.

LMAO we're in the best of hands! @HealthCareTara: .@AaronBlakeWP @washingtonpost there are fewer days in January than February.

If only this had been rolled out in a leap year, it might have gone better! RE https://t.co/ZUP2RvvxQy

On what calendar? MT "@HealthCareTara: @washingtonpost there are fewer days in January than February.”

The Obama calendar, naturally — the one issued to all 57 states with a special version written in Austrian.

@HealthCareTara @AaronBlakeWP @washingtonpost I'm glad you alerted the Washington Post about the calendar in your tweet! #winning 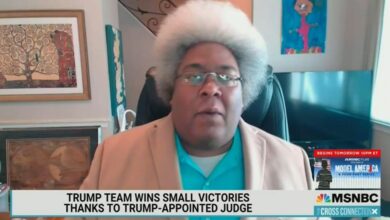