Probably the most important question that the press might ask President Donald Trump and former Vice President Joe Biden is what America will look like if the hoped for COVID-19 vaccines now in clinical trials are not effective at reducing the spread of the virus.

Specifically, what is the plan to educate the 56.6 million children in elementary, middle and high schools, 50.8 million of which are in public schools? Will schools be closed forever?

This month, normally, those children would be returning to school. Instead, like here in northern Virginia where I live, many of them have not been there since March. And like millions of other parents, we have no idea when these schools will ever reopen.

Most states are deciding to leave it up to individual districts to decide whether it is safe to reopen.

In that sample, 61 percent of students are using remote learning. If that is representative of the nation, the net effect is that most students are not returning to school in the U.S.—at least not yet.

Only four states say they are open: Texas, Florida, Iowa and Missouri. However, Texas, Florida and Missouri all had districts that were using remote learning only according to Education Week, owing to local ordinances against reopening.

Presumably, everyone’s waiting for the vaccine. Federal health officials have suggested we’ll have something by the end of the year.

Yet nobody wants to ask the question, because it’s uncomfortable: What if the vaccine doesn’t work? What if it’s not effective at slowing the virus? After all, there has never been an effective vaccine against coronavirus.

In the meantime, the months-long ordeal for working families continues.

That’s 41 million Americans with jobs who have a problem, and 34 million who have a big problem with children too young to be left on their own. The expansion of 75.3 million women into the U.S. labor force in particular that past 50 years from 43.3 percent to 56 percent today was predicated in large part on schools being open.

Then there are the 7.1 million of children with disabilities who desperately need special education.

Leaving schools and much of the country closed is inhumane. For the disabled, for those not disabled. It is an act of inhumanity. An entire generation is at risk of being squandered if we do not come up with a coordinated federal, state and local strategy to reopen.

States are punting the vital question of schools to districts, who are opting in large part for distance learning, despite the known problems with implementation this spring. Kids are falling behind.

So far, in the presidential debate and debates in Congress, there has been almost no discussion except by President Donald Trump about reopening schools even without a vaccine. The White House touts $13 billion that has already been sent to schools via acts of Congress, and is urging Congress “to pass $105 billion – $70 billion of which is for K-12 schools – to provide financial assistance and incentives to help schools implement safety measures in their resumption of in-person classes.”

That’s actually more than former Vice President Joe Biden is calling for, whose campaign calls for a combined $92 billion: “$58 billion for local school districts to stabilize public education… $30 billion to put in place the changes needed to reopen safely… [and] an additional roughly $4 billion is needed to upgrade technology and broadband.”

The difference is President Trump wants to condition funds on reopening. Biden would just give teachers unions a blank check to stay closed forever.

States and schools want protective equipment to make safely reopening a priority particularly for older teachers. So what is Congress waiting for?

Getting schools reopen is a precondition for getting the economy back to some semblance of normalcy. It should be a non-partisan issue and yet in Biden’s world, apparently whether we have a functional economy and a first-rate education system is optional.

Moreover, we have to plan for what the world or society will look like should the vaccine fail, and yet almost nobody is talking about it. And that should be deeply troubling for most Americans. We need to get America reopen again — and that will not happen without the schools.

The “Second Time Around”: Navigating Familial (Emotional) Minefields Will Benefit All. 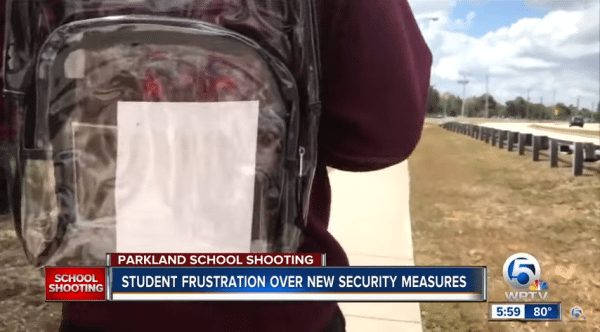