West Virginia Judge Joseph Goodwin (US District Court) ruled on October 12 that a Federal law prohibiting possession of an unserialized firearm is unconstitutional. The well-thought-out decision reminds people that serial numbers were not required on firearms until 1968 with the Federal Gun Control Act. So it is NOT historically sound.

The 1968 Act instituted serial numbers on firearms as a means of identifying firearms that were  crossing state lines. The federal government argued that it’s just a commerce law and doesn’t affect the 2nd amendment- except that it does affect it with criminal penalties for violating it. Possession of an unserialized weapon that has a serial number “altered, obliterated, or removed” or that has cross state lines guarantees a violation. The West Virginia judge ruling blocks that law from enforcement, at least for now. There will be another judge somewhere that will likely issue a ruling that contradicts Judge Goodwin’s decision.

The recent New York State Rifle and Pistol Association v Bruen decision by the Supreme Court states that the government cannot restrict the right to carry a firearm unless the restriction is “consistent with this Nation’s historical tradition of firearm regulation.” The Federal Gun Control’s prohibition on serialized firearms is NOT a historical tradition.

Goodwin, a nominee of President Bill Clinton, found in his decision that the federal ban on guns with removed serial numbers is not consistent with the United States’ “historical tradition of firearm regulation.”

He noted that a firearm without a serial number was not considered more dangerous compared to other firearms in 1791, when the Second Amendment was adopted. At the time, “serial numbers were not required, or even in common use,” he said, adding that the serial numbers “arose only with the advent of the mass production of firearms,” putting it outside of the “historical tradition of firearm regulation.”

“Any modern regulation that does not comport with the historical understanding of the right is to be deemed unconstitutional, regardless of how desirable or important that regulation may be in our modern society,” Goodwin said in his decision.

“While I recognize there is an argument … that firearms with an obliterated serial number are likely to be used in violent crime and therefore a prohibition on their possession is desirable, that argument is the exact type of means-end reasoning the Supreme Court has forbidden me from considering,” he also wrote.  The Epoch Times

The case stemmed from Randy Price,  an Ohio man who was arrested for possession of an unserialized weapon as well as possession of a firearm by a felon. The judge’s ruling eliminated the first charge and left in place the other. The prosecutor in Charleston is reviewing the decision. If this were to stand, the entire “ghost gun” narrative of the Democrats would unravel. 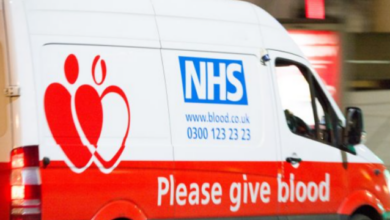 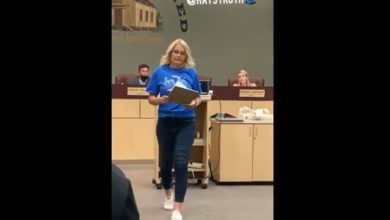 Mama Bear To School Board: “I Was Gonna Ask, But I’m Not Asking Anymore… I’m Demanding You Stop This Mask Mandate Tonight!” (Video)