A weaponized ATF lies at the heart of the Biden administration’s war on Federal Firearms Licensees. FFL revocations are up nearly 500% over previous years because Biden has re-defined “willful” to include even accidental oversights on paperwork. Simply put, it’s an action he tells the gun-grabbers that will reduce crime. It will do no such thing.

Biden announced last June that he was instituting a “zero-tolerance” policy for FFL holders in order to catch “Rogue gun dealers” responsible for the rising crime in Dem-run cities. We previously reported it here. The “willful” definition in the weaponized ATF does not include negligence or accidental mistakes. Where the ATF typically only revokes about 40 licenses a year, since Biden came in office, they’ve revoked 273.

If a local gun store makes an inadvertant mistake on their paperwork, such as inverting a number or leaving off one, Biden’s weaponized ATF will revoke their FFL license, claiming they didn’t run a record check. It has nothing whatsoever to do with reducing crime, it’s more like reducing the people’s access to firearms… a direct threat to the 2nd amendment.

Key to the massive increase in revocations is Biden’s zero-tolerance for willful violations policy, which Clark said relies upon a new definition of willful. If a dealer makes a simple mistake, they can now lose their license, because the new definition of willful states that the dealer knew the law, but willfully chose to violate it anyway – regardless of whether it was an oversight, an error by an employee or a simple paperwork mistake.

“They have twisted negligence into willful,” Clark said. “These are not uncommon errors that we’re seeing. Things happen.”

Lee Williams, the Gun Writer/SAF (read more at the link)

Biden’s zero tolerance policy is at work creating a trap for human error, targeting ordinary gun dealers instead of the real problem. Skyrocketing crime is a result of poor policies, not “rogue gun dealers.” But as usual, with his weaponized ATF he is going after people’s livelihoods instead of addressing the real issue.

Absent extraordinary circumstances that would need to be justified to the Director, ATF will seek to revoke the licenses of dealers the first time that they violate federal law by willfully.

1.) transferring a firearm to a prohibited person

3.) falsifying records, such as a firearms transaction form

4.) failing to respond to an ATF tracing request

5.) refusing to permit ATF to conduct an inspection in violation of the law

True “rogue gun dealers” are a rarity, not a common problem. But you can bet that Biden will call a press conference to tout his “success” at revoking the “rogue gun dealer” licenses. He’s delusional and your 2nd amendment rights are at stake. 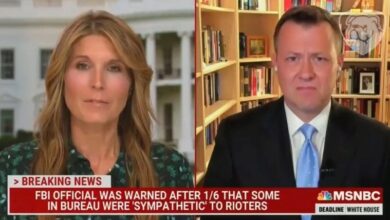 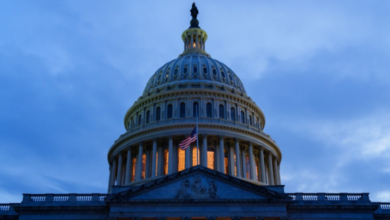