Michael Moore, the wealthy filmmaker worth some $50 million, once again exposed himself as “ignorant as a box of rocks” on guns when he falsely claimed Tuesday that the ammunition used in the AR-15 was banned by the Geneva Convention.

According to Moore, the ammunition used “enters the body, spins & explodes.”

Ammo used in AR-15/M-16 is banned by Geneva Convention. It enters the body, spins & explodes. Show the crime scene photos & the NRA is over.

Moore was hit with quite a backlash, Twitchy said.

Moreover, the Orlando shooter didn’t use an AR-15.  But facts to Moore is a bit like sunshine to a vampire.

We can think of one place, but this is a family-oriented site, so…

There is such ammo, but standard load is 5.56 mm NATO round. Still devastating, but Geneva compliant. Misinformation not helpful.

But misinformation is what Moore and his ilk deal in.  They aren’t concerned with facts, only the propaganda needed to strip Americans of their Second Amendment right to keep and bear arms.

.@MMFlint You fat, stupid fool. How shall we unpack this? (1)

.@MMFlint The Hague Conventions cover the use of different kinds of ammunition. Trade a Big Mac for a book sometime. (3)

.@MMFlint AR-15s use .223 caliber bullets. The most common are 55-grain solid lead wrapped in copper. They cannot explode. (4)

Wait, what?  They can’t explode?  Imagine that!

.@MMFlint I know that you're very arrogant, and imagine that you're just a larger @katiecouric, but not even you can make this lie. (5)

But nothing will stop him from trying.

.@MMFlint If you have a real argument to make based on facts, try it. The fact you grossly lie tells me logic is not on your side. (6)

But logic doesn’t apply to Moore, and frankly, never has.  Owens gave Moore even more information about the ammunition used by the AR-15.

.@MMFlint You know what is more powerful and causes more damage than an AR-15 bullet, Mike? Damn near any other rifle bullet. (7)

.@MMFlint If you were REMOTELY competent or honest, you'd know .223 cartridges are among the smallest of centerfire rifle bullets. (8)

The problem, Bob, is that Moore and others like him aren’t concerned with being either competent or honest.  All they want to do is strip us of our Constitutional rights and that means any lie is acceptable.

.@MMFlint Here's an idea, Mike: shut up until you educate yourself. you look (a little) less like a fool and a liar. (10)

Any guy who had shop class in high school can change a semi-automatic gun 2 fully automatic in 5min. 4 million "AR-15"/M-16 guns in US homes

A post at Sharp as a Marble, however, addresses that myth by saying: “Sorry, that’s bullshit.”

In order for a firearm to repeatedly fire off rounds, there are all sorts of mechanical timings that have to happen for reliable feeding. Release the hammer too soon, it slides along the bolt as the bolt is closing and may not strike hard enough to cook off a round. Bolts or bolt carriers that aren’t designed for that kind of stress may not function long enough to give you the results you want. Gas systems may not be able to bleed off fast enough. There’s dozens of variables that need to be taken into consideration and simply replacing a pin isn’t going to solve all of them.

Yes, certain firearms can be made to fire repeatedly by filing down X, Y, and Z, but not with any regularity or safety. And a gun that shoots repeatedly when you only intend it to shoot once isn’t something that’s going to be accurate enough to hit the target before the muzzle decides to try to hit a cloud or the ceiling.

Full auto is a boogey man, used by the media and anti-rights bigots to ‘scare the white people’ into thinking that gangs are walking around carrying mini-guns, mowing down entire playgrounds like Rambo or the Terminator. You cannot convert a semi-automatic into a fully automatic any easier than you can switch a car from stick to auto transmission. It requires tools, skills, and quite a bit of work to do to make a machine that is reliable enough to do what you require.

There’s more, but you get the drift. 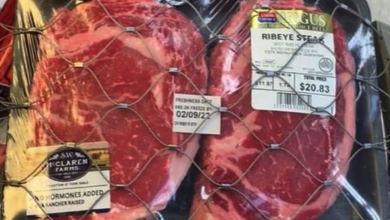