Like many other issues – think Russia collusion conspiracy theory and southern border crisis – about which President Trump was mocked, only to be proven correct later on – America now should be seeing his “Sleepy Joe” nickname for Joe Biden as accurate.

It’s because Biden apparently nodded off during the big worldwide climate conference he’s attending in Europe.

The Washington Examiner confirmed it looked like he nodded off during those opening remarks at the COP26 United Nations talk-fest in Glasgow, Scotland.

“Biden appeared to rest his eyes for a moment before an aide swooped in to speak to him, according to a video posted to Twitter on Monday morning by a Washington Post political reporter,” the report explained.

Here’s a video of Trump describing Biden and pointing out his repeated and well-known gaffes, such as not knowing where he was during his campaign.

Fox News reported presidents are “just like us: Social media erupted on Monday when a viral video appeared to show President Biden dozing off during opening speeches at the 2021 United Nations Climate Change Conference.”

The 78-year-old “sat with his arms crossed, appearing to drift in and out of sleep…”

It pointed out that an aide appeared to nudge Biden out of his somnolence and the mockery actually included a positive tone, the report said, with jokes “that Biden nodding off during the climate conference was the most relatable thing he’s done as president.”

“Can you blame him?” was the comment from Sean Davis, co-founder of The Federalist.

Fox News reported, “Biden’s apparent nap came after he was mocked over the weekend for appearing to call on a pre-approved list of reporters after meeting with the press following the G-20 summit in Rome. On Sunday, Biden discussed meeting with other world leaders in Rome to enact climate change initiatives. After his talk, he opened the floor to questions but admitted that he was told to start with the Associated Press.”

Muslim cleric Anjem Choudary: Islam tells us how to wipe after using the toilet 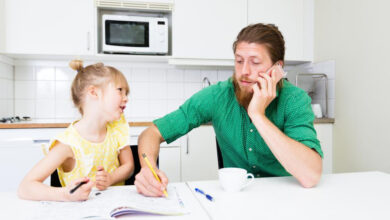