(Demonstrably, Lebanese & Hizballah flags fly alongside each other in battle formation!)

JUST as one cannot place lipstick on a pig and expect it to be prettified, nor can its foul stench be expunged via deodorant – thus, separating a pig from its sh-t – similarly, one cannot decouple the LAF (Lebanese Armed Forces) from Hizballah, Iran’s satrapy. Its proxy pawn.

NOW, once it is understood that the LAF, for all intents and purposes, is controlled by Hizballah (which is, in turn, an arm of Iran, whose very birth in 1983 spawned from the Mullahrocracy’s material and spiritual backing), it should be inconceivable for the U.S. to continue to arm its forces! Ya Think?

IN other words, what kind of convoluted “strategic” thinking could convince Washington’s power brokers that it is in the U.S. national interest to pretend that what is isn’t – feigning, this or that figurehead atop Lebanon (once consideredthe Paris of the Middle East) is operating independently and not in the service of Iran, the leading terror sponsor of worldwide terrorism? BESIDES, indisputably, the above admission is straight out of the horses’ mouth – Salami, a Commander of the IRGC (a branch of Iran’s Armed Forces, part and parcel of the notorious Quds Force) “insinuates” that Lebanon’s missiles are under Iran’s control!

MORE indicting, in October 2017, under Executive Order (E.O.) 13224, the U.S. Treasury designated the IRGC a material supporter of terrorism! For heaven’s sake, what took them so long??

IN this regard, under such a highly transparent umbrella, again, why would Washington give the LAF any aid, let alone $ 120 million in the upcoming military package? Mind you, over $ 1.5 billion ! has been given since 2005 – long after the LAF’s takeover by Hizballah, the cat’s paw of Iran, in the early 1980’s!

The US will provide Lebanon with a military aid package valued at over $120 million, the US ambassador to Lebanon announced Wednesday following a meeting with Lebanese Prime Minister Saad Hariri.….continue reading….

SO what exactly is going on with Washington’s renewed funding of the LAF  (clearly, Iran’s Hizbullah-led subcontractor), coupled with their non-response to Iran’s latest stepped-up aggression? Moreover, what should one deduce from Israel’s “stand down”, as Iran completely encircles its northern borders?

The mission that Iranian Revolutionary Guards Al Qods chief, Gen. Qassem Soleini entrusted to  Khazali and his militia, Asaib Ahl al-Haq (the League of Believers), embodies Iran’s success in gaining its great ambition of an overland corridor under its control through Iraq up to the Mediterranean coast. In line with that mission, the militia chief was guided along the Lebanese-Israeli border on Dec. 2, for a sight at close hand Israel’s border towns from Admit in the west to Metullah in the east. He needed this information in order to mark out the military positions he would assign to his Khalazi network at Tehran’s behest.
This event most of all highlighted American and Israeli inertia in letting Iran consummate its prime strategic goal of opening up new fronts against Israel from Lebanon and the Syrian Golan. They are to be manned not just by Hizballah, but by many thousands of battle-hardened Iraqi militiamen devoted to Tehran, as the Khazali odyssey has revealed….continue reading….

MOST significantly, ad infinitum, it has been revealed at these pages: PM Netanyahu follows Washington ala its lead and leash! Resultant, it is hardly an exaggeration, once again, to inquire: Can Israel Survive As The Jewish State?, as initially posited in an interview in March 2015, in the run-up to Israel’s last election. Hmm.

INDEED, its relevance couldn’t be more acute, even with the welcome news that the U.S. (finally) recognized Jerusalem as Israel’s capital, and will move its embassy to reflect the same.

INTRINSICALLY, the inestimable Caroline Glick astutely analyzed key points of the cognitive dissonance permeating inside Washington’s power centers, that which, tragically, passes for “strategic” policy-making. As such, the following (excerpted) column at the Jerusalem Post is more than noteworthy.

The problem with McMaster’s speech (Dec. 12, 2017) and the policy paper it set the stage for is that it is hard to know if they reflect an actual change in policy. Certainly his position and general drift haven’t been reflected in US actions in several key countries this week.

The day after McMaster’s speech the US Embassy in Beirut announced delivery of another $120 million in military assistance to the Lebanese Armed Forces.

The Hezbollah-controlled LAF is the fifth-largest recipient of US military assistance worldwide.

According to Ambassador Elizabeth Richard, the LAF has received in excess of $1.5 billion in military aid over the past decade.

Recently, Iran has become brazen in asserting its military control over Lebanon. A YouTube video posted this week portrayed Kais al-Ghazali, an Iranian- controlled Iraqi militia commander, standing 200 meters from Lebanon’s border with Israel. He and his colleagues were all wearing military uniforms.

Ghazali declared, “I am here with my brothers from Hezbollah. We announce that we are fully prepared and ready to stand as one with the Lebanese people with the Palestinian cause.”

If the LAF is a wholly owned subsidiary of Iran-Hezbollah, the Lebanese government is Iran’s satrapy.

Through Hezbollah, Iran controls every aspect of governmental activity.

In Riyadh, an ashen-faced Hariri announced his resignation, acknowledging that Iran controls both his government (and him) and the LAF.

Hariri’s resignation was a great loss for Iran-Hezbollah and Western countries that do not wish to acknowledge the obvious. And so, represented by French President Emmanuel Macron, the West joined with Iran to demand that Hariri return to Lebanon.

The Saudis obliged. Hariri returned to Beirut and rescinded his resignation.

Hariri was embarrassed by Ghazali’s video. So Iran’s satrap denounced Ghazali and said his “activities of a military nature” 200 meters from Metulla were illegal.

He also insisted that his satrapy “is not a banana republic.”

Ahead of the US Embassy’s announcement of the new tranche of military hardware going to the Hezbollah- controlled LAF, Secretary of State Rex Tillerson made clear that the Trump administration continues to view the LAF and Hariri as positive bulwarks against Iran and Hezbollah. Tillerson met with Hariri in Paris. After their meeting, Tillerson praised the French government for pressuring Saudi Arabia to permit Hariri to return to Lebanon where he could continue to pretend that he isn’t controlled by Iran.

Rather than shake their heads at the irony of Hariri becoming the servant of the forces that murdered his father, the Trump administration embraced the absurd lie of Lebanese independence.

Last Friday, Tillerson met with Hariri in Paris. After their meeting Tillerson praised the French government for pressuring the Saudis to let him return to Beirut to serve as Iran’s fig leaf.

“I think as to Lebanon, things have worked out in a very positive way, perhaps even more positive than before, because there have been very strong statements of affirmation for Lebanon, which will only be helpful,” Tillerson said.

Today it is obvious that Iran, its satellites Lebanon, Iraq, Syria, Yemen and Gaza and its allies Turkey and Qatar are the ascendant enemies of the US and its allies.

The forces willing to confront and fight them – Israel, Saudi Arabia, Egypt and the UAE – are also self-evident.

True, Muhammad and Sisi may not be around forever. But the steps they have already taken to move their nations and Sunni Islam more generally away from jihadist ideology and practice are unprecedented.

Their actions to date have earned them Washington’s support.

The significant positions McMaster set out on Tuesday will in all likelihood be reflected in the document Trump will release on Monday. But as the arms transfer to Lebanon, Tillerson’s remarks in Paris, and the administration’s incoherent position on Qatar make clear, even the best national security strategies are not worth the paper they are written on unless they are translated into real policies implemented on the ground….continue reading the non-sanitized truth….

AS is said: Actions speak louder than words!! 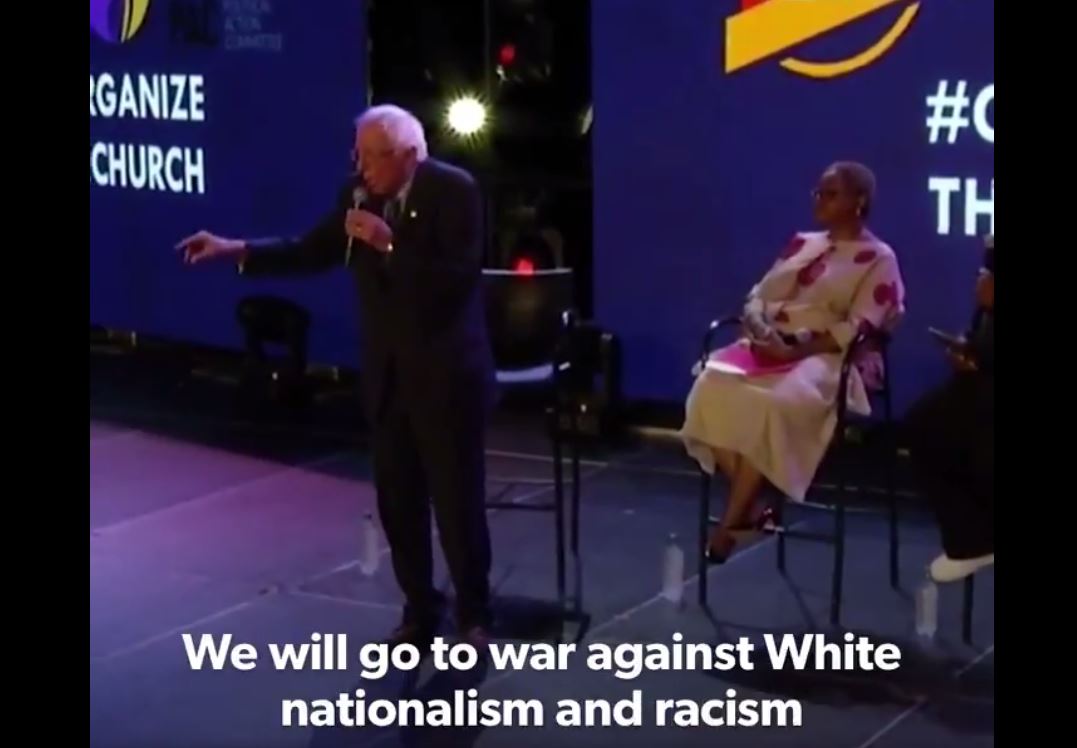 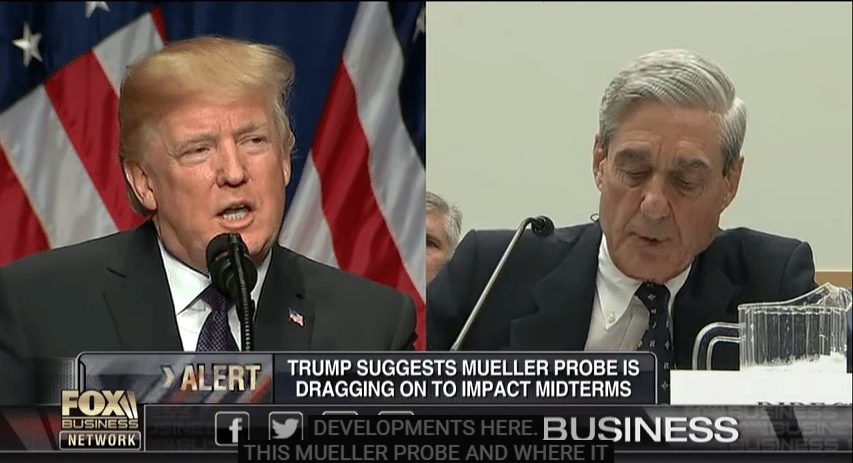