Washington State’s two liberal Democrat Senators Patty Murray and Maria Cantwell have, according to KCPQ News, the Fox affiliate in Seattle, have “serious concerns” about Supreme Court nominee Judge Neil Gorsuch, and they’re worried that constitutional rights may be at risk.

According to Q13’s story, Murray sent a note that said this:

“I would certainly start my process with deep concerns about whether this nominee would be someone who would protect our Constitutional rights and liberties and would respect critical precedents on issues like privacy, workers’ rights, protecting women’s access to health care and upholding Roe v. Wade, and more.”

Likewise, Cantwell issued a statement after the Gorsuch nomination was made public by President Donald Trump. Her remarks included this:

“The American people deserve a Supreme Court justice who will ensure full protection of all their rights, especially the right to privacy. There is too much at stake – from women’s choice and immigration reform to LGBTQ rights and marriage equality to voting rights and campaign finance reform.”

Nowhere in their statements did they mention the constitutional rights of America’s gun owners. That’s because, as their critics will argue, neither of these career politicians has ever given any indication beyond lip service that they recognize, much less respect, the right to keep and bear arms that is delineated in both the Second Amendment and Article 1, Section 24 of Washington State’s constitution.

That’s particularly important today because the state House Judiciary Committee meets at 1:30 p.m. in Olympia for public hearings on two pieces of legislation that deal with licensing and registration, and so-called “safe storage” proposals that Seattle-based anti-gunners claim are “gun violence prevention” measures.

The Committee is scheduled to hear House Bills 1122 and 1387, but it does not appear that anti-gun Attorney General Bob Ferguson’s proposal to ban so-called “assault weapons” – House Bill 1134 – is on the hearing agenda. The Alliance for Gun Responsibility, a billionaire-supported gun prohibition lobbying group, is telling its supporters to make a day of it, from 10 a.m. to 3 p.m.

House Bill 1122 is a “safe storage” bill that seems aimed more at micro-managing gun owners by vaguely suggesting how they should store firearms and ammunition. The National Rifle Association says that if the measure becomes law, it could “potentially subject law-abiding gun owners to gross misdemeanor penalties, including huge fees and potential imprisonment, if they don’t lock their firearms up and render them useless for any self-defense scenario.”

The other bill, HB 1387, calls for licensing and registration of so-called “assault weapons” and “large capacity magazines.” If passed it would require annual licensing, with updates every time a firearm changes possession.

In addition, as the NRA explains, “The licensing requirement has a delay period (until 2020) before it applies to persons who currently possess such items, but these persons would be prohibited from selling or transferring the gun or LCM to anyone other than a licensed dealer, a gunsmith, or to law enforcement for permanent relinquishment.  HB 1387 also mandates that relinquished guns and LCMs ‘must be destroyed.’”

Murray and Cantwell are concerned about rights that they approve, but there could be made a legitimate argument that they are cool to the Gorsuch nomination because he reportedly follows the “originalist” approach to the Constitution for which the late Justice Antonin Scalia was famous. 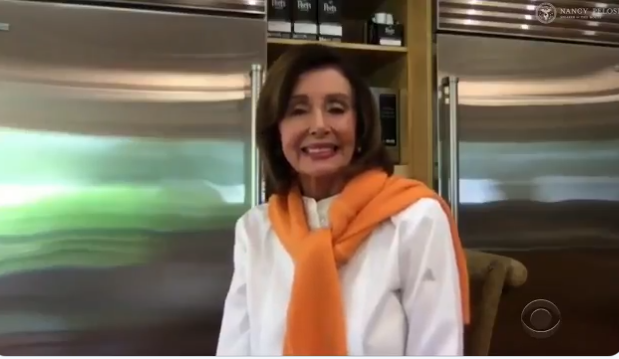