{re-blogged at The Homeland Security Network}click on Archives icon to June 30, 2017 to read}

WHEN it comes to the arena of Islamic infiltration and penetration, what burrows within one state infects and affects the entire nation. A cascading reverberation. Fact-based. Resultant, the dangers couldn’t be more acute. By the way, ignorance is not an excuse, especially, when warnings and alarm bells are blaring at the highest decibel!

INCONTESTABLY, its knock-on effects catapult from one coast to the other, and to all the states in between – whether on a slow-boil or full-steam ahead. And, Exhibit Number One is none other than 9/11/01, in so far that the plot was hatched throughout the nation.

IN fact, al-Qaeda’s Islamic jihadis (with assists from related hydras) hunkered down within various safe-houses in California, inside mid-states along the way, and were given material and secondary support by networks spread throughout the east coast. Key cells were burrowed in Paterson and Jersey City, NJ, and with many scattered throughout NYC – with Brooklyn and Queens in the forefront. Ominously, almost 16 years after the largest terror attack in U.S. history, Islam’s jihadis are more ensconced than ever!

THAT being established, let there be no argument: what happens at point A will, sooner than later, become a cancer within all points in between. Indeed, patriots have NO choice but to step up to the challenge of our time. At hand.

AS reported, readers are aware that HIRA (a shadowy – emphasis placed – Islamic entity) is Allah-bent on “setting up shop” inside an almost 150 acre fortified compound in the midst of Shenango Township, Pennsylvania. By the way, when clicking on the above link, ignore the smiling pics of all-American looking kiddies. A smokescreen.

BUT do pay heed to this site’s (June 18, 2017) initial analysis. Its core dangers were laid out as follows:

A highly shadowy Islamic group (fronted by HIRA Educational Services, aka HESNA, via Asif Kunwar, founder and president, and Abdul Basit, vice-president, of which NOTHING is known about their professional bonafides, nor their associations thereof) is in the process of buying a property which is almost 150 acres, one which – up until Feb. 2013 – housed the Youth Development Center, aka YDC. As of this writing, their bid met the state’s deadline, and it was handed over for final approval. Yes, it is state-owned. Even so, where’s the meat and beef?

ASIDE from the alarming red flags pointed out here, here, here and elsewhere, patriots (wherever they reside in America) must promptly inquire: why would an Islamic so-called educational consulting company (never mind the smiling pics of all-American kiddies at their rabbit-hole site), one which is, no less, shrouded in secrecy, require a facility which resembles a “fortified compound?” Ominously, the property has underground tunnels, jails, 13 buildings, etc., all of which are enclosed within barbed wire fencing!!

ADDING fuel to the jihadi fire, what should one conclude from HIRA’s association with – and dependence upon – the Federal Erate program, in so far that the potential for fraud (in this case, read: jihadi money laundering) presents a clear and present danger? Know that Erate has a rampant history of fraud. Moreover, trust, this whistle-blowing connector can properly assess what is what. Take it to the bank….heart….

CONCLUSIVELY, since YDC is rural-like – coupled with the above alarm bells – doesn’t it mirror the set-ups of a growing laundry list of Islamic jihadi compounds spread out all over America? If not, why not? continue reading….

MORE specifically, HIRA is linked to ZAYTUNA Islamic College (and other similar “concerns”), and this is no small jihadi matter! It is not for nothing. Along this trajectory, one has to follow the trail to connect the dots. The twists and turns. They are laid out thusly:

AGAIN, aside from all else, HIRA is “advising” TARBIYAH INC. (among others that are similarly aligned), and TARBIYAH is inextricably associated with a jacked-up jihadi Islamic college in California, ZAYTUNA! If  1 + 1 still equals two….

CONSEQUENTIALLY, they are less than three degrees separated, never mind six degrees of separation. As always, this is the case with Islamic front groups – one overlaps the other. Hence, the Muslim Brotherhood Mafia is coined: an Islamic hydra!

AND, skate past TARBIYAH’s high-profile Islamic supporters, some of whom are docs. After all, the terror fiend behind Osama Bin Laden was Dr. Zawahiri! In other words, don’t be fooled by the all-star professional (Islamic) line-up of supporters for TARBIYAH. For, in reality, many within Islam’s top-tier are financially flush and professionals alike.

ALAS, the following news should set patriots in America on edge, even those who are nowhere within proximity of Shenango Township and its incipient danger.

NOW, to make matters worse – if even possible – and more inexplicable, PA Governor Tom Wolf is tone-deaf to the increasingly vociferous pleas of the community. His cognitive dissonance is, seemingly, unfathomable. It extends to his resistance against questions from a growing list of State Legislators, Shenango Township Council members, and community activists alike – beseeching answers to some VERY legitimate concerns, to say the least! Inherently, since the fortified compound is state-owned, suffice to suggest that he can do “this and that” without paying them no mind, come what may, until his term is up in November 2018.

TELLINGLY, a few urgent queries must be asked, but in no order of import.

“Recent studies consistently put Pennsylvania in the Top 10 of most corrupt states with the likes of Illinois, New York and Mississippi. A report last year said corruption in the 10 sleaziest states costs each citizen about $1,300 a year.

In Pennsylvania, we tut-tut about it, maybe make a gallows-humor joke, then go back to the sports page. It’s expected. It’s understood.”

OH my, not one to forget a most intrinsic dot, dear (patriotic) reader, another proposal is yours for consideration:

AS other states close their borders, Governor Wolf is all in. Hmm. In this regard, is it possible that HIRA – along with tight-lipped Wolf – is fronting for eventual construction of a mega mosque, one which will be in place for scores of Islamic “refugees”, many of whom will also live within its fortified compound? Voilà, another “Refugee” Resettlement Center is born!

CONSIDER: once HIRA owns the land, the Governor and his AG will legally be able to utilize the federal Religious Land Use Act of 2000 (42 U.S.C. §§ 2000cc) to sue Shenango Township into acceptance. A fait accompli.

BUT know this: once HIRA’s foothold (akin to countless jihadi compounds across America) and footprints embed within Shenango Township, let’s be very clear: it will take decades, if even then, to “evict” them from their fortified compound. This will be the case, regardless of any rat-a-tat activities beneath the property’s maze-like tunnel system, aside from whatever “activities” transpire above ground! Coupled with close to 150 acres of barbed-wire fencing – to keep out “infiltrators” and prying eyes, etc. – well, nothing will be off-limits. You got that??

URGENTLY, ask yourselves: why would any educational consulting service require such vast acreage, never mind the fact that HIRA has 1 employee operating out of an apartment in New Jersey, and with an income showing under $ 50,000? Rhetorical. Finally, is it easier to eradicate cancerous cells before they metastasize or afterwards?

BY extrapolation, could it be that those fronting for the $ 400,000 property have other “uses” for it, none of which are even remotely on the up and up?

{UPDATE TOO} You know you are on the right track when CAIR, the Muslim Brotherhood Mafia’s propaganda arm, picks snippets out of a township meeting to label everyone fighting back against HIRA’s Islamic infiltration and penetration part of a “hate group!” Yes, this IS their modus operandi. 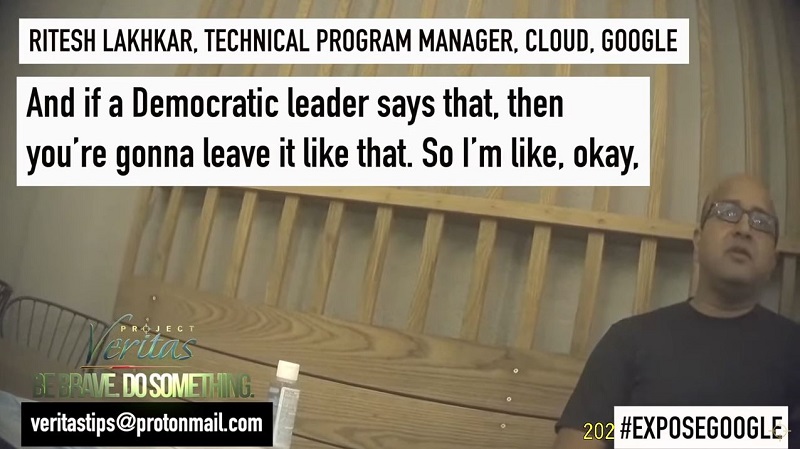