Has it really come to this? We all knew that shoplifting was getting really bad all over the nation, but does Walmart really need to start locking up the steaks? I was stunned when I first learned that pharmacies in our core urban areas were locking up toothpaste and deodorant, but I didn’t think that we were already at a point where supermarkets would start locking up the food. I don’t know about you, but to me this is an extremely chilling omen…

Walmart has started securing high-priced steaks inside locked metal cages amid rising crime rates across the U.S., a new viral video has revealed.

I have never seen anything like this in my entire life.

After a man from Florida took a video of this new “packaging” and put it up on TikTok, it quickly accumulated more than four million views…

Michael Fromhold, from Florida, was stunned when he noticed that the meat at his local Walmart had been locked up in what appears to be a rather dramatic attempt to prevent people from stealing it.

Michael took a video of it and shared it to TikTok where it quickly went viral – gaining more than four million views in a matter of days – and the clip lead some viewers to lament the fact that such measures have become necessary.

If you see something like this at your local Walmart, please take a photo or a video of it.

At this point, it is not clear if these new “security devices” are being rolled out nationwide or just in high crime areas.

As the price of meat continues to go higher, steaks will increasingly become desirable targets for professional looters.

Just last week, one man was spotted stealing 10 packages of steaks from a Trader Joe’s in New York City…

As recently as Tuesday, a man was seen stuffing cans of soda into his pants at a Trader Joe’s in Union Square before casually leaving the store, according to footage captured by the New York Post.

Just one day before that, another man left the same store with a stack of 10 packages of steaks. Employees told the outlet that they were told not to stop the alleged thief.

And it isn’t just steaks that will need to be locked up.

Since Joe Biden entered the White House, just about every category of meat has surged in price…

The price of pork increased 14.1 percent.

The price of chicken increased 10.3 percent.

Of course food prices are rapidly escalating across the board, and major grocery chains are now facing a sustained wave of theft that is unlike anything that they have ever experienced before.

In fact, things have gotten so bad that the CEO of a major grocery chain in New York says that his company will be hiring retired police officers to help crack down on shoplifters…

A major New York City grocery chain is buckling down on security measures following a string of brazen retail thefts targeting supermarkets in the Big Apple.

John Catsimatidis, the CEO of Gristedes, told FOX Business that the company plans to place retired police officers outside its stores and even offer rewards to customers who provide information on shoplifters.

We certainly aren’t too far away from “armed guards on food trucks”, are we?

Everyone agrees that food prices will continue to escalate in 2022, but if Russia invades Ukraine that could take things to an entirely new and dangerous level…

Concerns about an imminent Russian invasion of Ukraine are roiling the market for agricultural products like wheat at a time when global food prices are already near 10-year highs.

Russia is the world’s top exporter of wheat. Ukraine is also a significant exporter of both wheat and corn. That’s sending prices for grains on a bumpy ride as investors assess the potential for conflict.

In addition, we are being warned that a conflict in Ukraine could result in a “global energy shock”.

Energy prices have already begun to spiral out of control, and CNN is telling us that a war in Europe would push the price of oil “above $100 a barrel sooner than earlier projected”…

A Russian invasion of Ukraine could further disrupt supplies of crude, potentially leading prices that are already their highest in seven years and approaching $100 a barrel, to even loftier levels.

“The conflict between Russia and Ukraine is likely to push crude oil prices above $100 a barrel sooner than earlier projected,” said Naeem Aslam, chief market analyst with AvaTrade, in a report Monday. “The potential jump in oil prices depends on what sort of sanctions the United States of America and its allies are likely to impose on Russia if it actually invades its neighbor.”

We have reached such a dangerous moment in our history.

Once war begins, there will simply be no going back to “normal”.

The Biden administration is about to drag us across a line that nobody will ever be able to uncross.

As I stated yesterday, if the American people truly understood what was at stake they would be flooding the streets in protest all over the nation.

But the American people don’t understand what is at stake.

Unfortunately, global leaders are far more foolish than most people realize, and we are on the verge of plunging into a conflict that nobody will win. 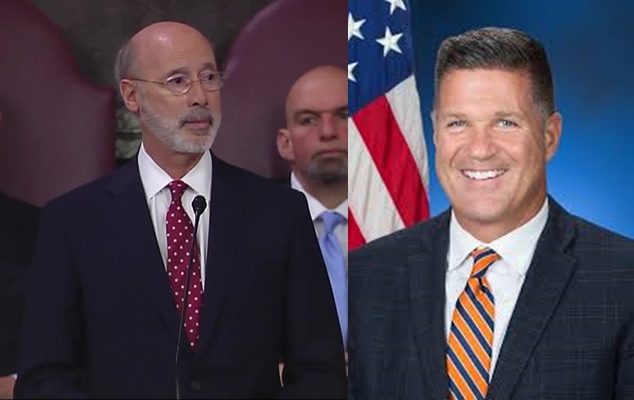