Our friends at the Market Research Foundation have analyzed the results of several new polls in the Virginia’s governor’s race and found signs that Democrats could be in trouble in November. Virginia is one of only a handful of states that holds off-year elections and as a result has been considered a bellwether for national political trends.

From the Market Research Foundation:

This November’s rapidly approaching Virginia gubernatorial race is narrowing, and Democrats fear a loss would weaken the party going into the midterm elections.

Recent polling shows Republican challenger Glenn Youngkin closing the gap with former Democrat Governor Terry McAuliffe. Youngkin is now trailing just three points behind McAuliffe in recent FiveThirtyEight and RealClearPolitics polls. In addition, Inside Elections just changed the Virginia gubernatorial race from Likely Democratic to Lean Democratic, and what had weeks ago looked like a long shot for Republicans is looking increasingly possible.

The mainstream media is suddenly clamoring for Democrats to wake up and realize Virginia may not be in the bag. Jim Newell of Slate just dropped a piece titled, “Uh, Maybe Democrats Should Start Paying Attention to the Virginia Governor’s Race” and CNN ran a story warning Democrats should be “worried” about Virginia.

A loss in Virginia would set a somber tone for Democrats heading into the midterm elections. It would also raise questions about whether the party’s credo of heavy spending, Critical Race theory, anti-police rhetoric, and endless covid-19 mandates are sustainable long term.

If Youngkin can close the gap this November, it could signal Americans are fed up with the race-baiting, runaway spending, and endless covid-19 restrictions the Democratic Party seems so intent on defending.

McAuliffe still leads in polls, but a new poll of likely voters out of Roanoke College shows several red flags for Democrats heading into the November election.

The most sobering data out of the Roanoke poll for Democrats is the issues likely Virginia voters are prioritizing, and those they are not.

These data clearly show that for Virginia voters, the Democrats’ social justice narratives and anti-police theatrics are falling flat. Virginian voters are most concerned with strengthening the economy and reducing unemployment, and many believe the media has falsely reported on the coronavirus to make it seem worse than it is.

The poll also shows this year’s election may bring in new voters. Seventeen percent of likely voters say they didn’t vote in the last gubernatorial election.

Biden’s unfavorable rating has also climbed 17 points since February, from just 29% to 46% as of mid-September.

After the election to determine the fate of California Governor Gavin Newsom turned out to be closer than Democrats expected, MRF pointed out views of Biden are highly predictive of how people will vote.

With Youngkin closing in on McAuliffe, Biden’s unfavorable numbers going through the roof, an enthusiasm gap that favors Republicans, and a majority of Virginians prioritizing the economy, the Virginia Governor’s race is closer than ever.

The polls were taken prior to or just a day after McAuliffe said in a televised debate with Youngkin that he doesn’t think “parents should be telling schools what they should teach.” This one comment alone could swing the tight race in Youngkin’s favor.

Americans for Limited Government President Richard Manning said McAuliffe’s attempt to silence parents about their children’s education is in lockstep with the larger effort by the Biden administration to chill parent participation at local school board meetings.

“McAuliffe has told Virginia’s parents that they don’t count. If Virginians do not go out right now to cast your ballots against this tyranny that the greatest sons of Virginia risked their lives and fortunes to oppose 245 years ago, then you will get the government you deserve. One that rules you, rather than you ruling it.

Terry McAuliffe: "I don't think parents should be telling schools what they should teach." pic.twitter.com/7S15pTv1gY 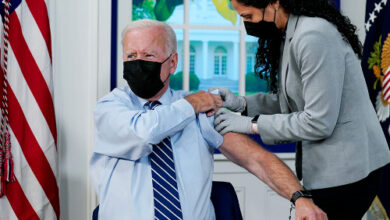