(True Conservative Pundit) Democrat Kathy Tran recently proposed in the Virginia House of Delegates a new bill that would greatly loosen restrictions on abortion. Tran obviously feels that Virginia should follow in New York States footsteps and make the murder of babies easy and legal.

Governor Cuomo lit up the New York World Trade Center in pink to show support for the new law allowing the killing of babies even at full term for any reason. What kind of sick and depraved society celebrates this act of barbarism?

Kathy Tran, the archetypal Democrat with no reverence for human life, decided that Virginia needed to update its abortion laws. After all, a woman should have the right to murder her child at all times right? In the new bill, it would only require one doctor to certify that the mother’s life or well being is in danger in order to perform a third trimester abortion.

Tran was asked about her bill, specifically if an abortion would be allowed right up to the time of delivery.

At a recent committee hearing, Republican state delegate Todd Gilbert asked Tran to clarify exactly how late in a pregnancy doctors would be able to perform abortions. Gilbert asked if a woman who was about to give birth could request an abortion under Tran’s proposed bill.

“She has physical signs that she is about to give birth. Would that be a point at which she could still request an abortion if she is so certified? She’s dilating,” Gilbert said.

“Mr. Chairman, that would be a, you know, a decision that the doctor, the physician and the woman would make at this point,” Tran responded.

“I understand that. I’m asking if your bill allows that,” Gilbert posed.

“My bill would allow that, yes,” she said. (source)

That sounds like to this writer that the baby may well be killed after having been born if during the ensuing “discussion,” that is the course of action decided on. This sounds like outright murder to me. If one were to take this child home, and then kill the child, one would be charged with murder. But a child can be born in the hospital, and then the staff can kill the child and it’s called an abortion. What am I missing here? Murder is murder, and this is a game of semantics, a very deadly game.

Ofirah Yheskel, Northam’s communications director, issued a statement looking to clarify the governor’s comments; I would call it damage control.

“Republicans in Virginia and across the country are trying to play politics with women’s health.” (source)

Republicans are playing politics? That is absurd! Republicans, unlike the Democrats are concerned with the life of the baby. This is a living breathing human being – these people treat babies like they are no more than a bowel movement and just as inconsequential, do your business and then flush it down the toilet, nothing to see here. This has nothing to do with politics and everything to do with protecting life from those who obviously place no value on life.

This governor of Virginia is also a pediatric doctor! How can any pediatrician be ok with abortions?

In response to the outcry over his comments Northam said in a tweet:

“I have devoted my life to caring for children and any insinuation otherwise is shameful and disgusting.”

I have devoted my life to caring for children and any insinuation otherwise is shameful and disgusting.

So let me get this straight.  This doctor has devoted his life to taking care of children, and yet he is ok with murdering babies up to and even after the baby has been delivered? What is wrong with this man?

What kind of society are we evolving into in which it is perfectly ok to kill babies with a shrug of the shoulders and pass it off as necessary women’s health needs?

One more question – if the child has been born, or is even about to be born, how is this in any way related to a woman’s health needs of any kind? Answer, it is not.

What’s next, legalizing the murder of your own children as a mental health need because he/she/they irritated and/or angered you? Don’t laugh; at the rate this country is diving into pure evil, it would not surprise this author if this actually happened.

Birth the baby and kill him or her, and that is an abortion. Take this same exact child home and then kill him or her – and you will be charged with murder. Does this make any sense at all?

This nation is on the fast track of sin and is heading down a path we soon will not be able to come back from unless people stand up and say ENOUGH! God will not wink and nod and let this go. There will be judgment and it will be severe. This nation is killing God’s children and He is not going to allow this to continue for much longer. With New York’s recent abysmal law on abortion, and Virginia’s Dems wanting to do likewise – this country is heading into wanton murder of the innocent like never before seen.

There will be a price to be paid. 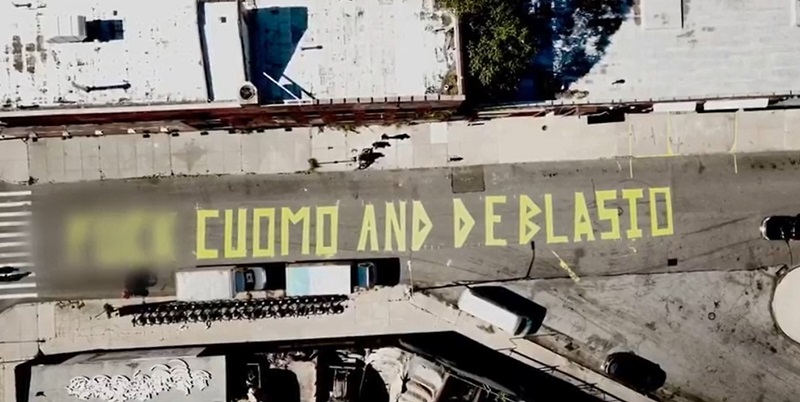