Colleges used to be places where people engaged in debate and open discussion of various ideas.  That’s no longer the case, unfortunately.  On Monday, several outlets, including Twitchy and the Gateway Pundit, reported that students at Lewis and Clark Law School in Portland, Oregon went out of their way to shut down and silence Christina Sommers, a resident scholar at the American Enterprise Institute and the author of “Who Stole Feminism?”

Twitchy said that Sommers “was met with a none-too-silent minority who decided some singing, chanting, and the old ‘human microphone’ technique from Occupy Wall Street were in order.”

Andy C. Ngo, a journalist and poli-sci grad student at Portland State, tweeted the event, and included some rather interesting videos of the student protesters who decided that Sommers should not be allowed to speak.

Protesters show up with signs. “No platform for fascists.” pic.twitter.com/QlEfabnHiF

“Fascist,” of course, means anyone who doesn’t march in lock-step with the radical anti-American left.

This is what happened when @CHSommers tried to start her lecture. pic.twitter.com/WJrQGAnmkA

They brought in speakers in an effort to drown Sommers out:

Activists brought in speaker to try and drown out @CHSommers with music. pic.twitter.com/27EVTFOpdg

And they even held an impromptu sing-along:

I don’t think they were music majors. https://t.co/WgxV0xMNrN

So what was this all about?

Nine campus groups at the Lewis & Clark Law School in Portland, Ore., demanded that the school’s Federalist Society rescind its invitation to the American Enterprise Institute scholar on the basis that she delegitimizes female suffering and “embolden[s] male-supremacist groups.”

“Sommers has called the epidemic of sexual assault on campuses and the gender wage gap ‘myths,’ refuses to recognize genderqueer and gender non-conforming persons, and denies the existence of male supremacy,” the groups wrote. “Freedom of speech is certainly an important tenet to a free, healthy society, but that freedom stops when it has a negative and violent impact on other individuals.”

“There is no debate here,” emphasized the students from identity-based campus organizations like the Black Law Student Association and Latino Law Society, as well as the Lewis & Clark Young Democratic Socialists of America.

Ngo tweeted a list of the student groups demanding Sommers be silenced, and to no one’s surprise, they all happen to be leftist:

“These students believe they inhabit a fascistic patriarchal rape culture,” Sommers told The Daily Caller News Foundation, Rob Shimshock reported. “In my Factual Feminist series, I have questioned the wisdom of such beliefs. Skeptics are rarely popular with true believers. Their impulse is to banish me for heresy rather than engage with my arguments.”

Naturally, because that’s how leftists operate today.  They don’t support free speech — they simply reserve it for themselves the same way certain dictatorial regimes did back in the 20th century.  Had these students received a proper education in something I like to call “history,” they would know this.

“Law school is supposed to train students to reason and argue,” Sommers added. “These students seem to be more adept at name-calling and melodrama. I’m hoping they are not representative of the school.”

Jim Hoft summarized: “It is unsafe for conservatives, Republicans and Trump supporters to speak at most college campuses in the US today.  The liberals are too unhinged to allow open dialogue.”

We have to concur.

As a final note, the reader should remember this is Portland, a city whose mayor seems to have a problem with the concept of free speech… 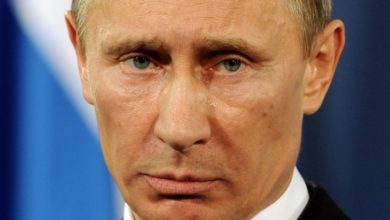