For the past decade, Rosebrock has protested the misuse of a 388-acre parcel of prime West Los Angeles real estate set aside to serve veterans (Robert L. Rosebrock v Michael Perez et al. (No. 2:17-cv-04354)).

The videos show Veterans Affairs police officers forcibly subduing a Vietnam-era veteran, who was an occasional participant in Rosebrock’s rallies.

They were photographing and peacefully protesting the misuse of a Los Angeles veterans’ facility that the VA has allowed to be used for a variety of non-veteran related purposes, including a baseball stadium for the UCLA baseball team, athletic fields for a private preparatory school, and a dog park.

In one video, a VA officer states to another of the protesters that the reason for tackling the veteran was because they asked for an ID and, though shown the ID, it was not handed over to the officer.

The lawsuit filed by Judicial Watch seeks damages and asks the court to prevent further violations of Rosebrock’s constitutional rights. It also asks the court to declare invalid a law VA officials have used to prohibit photography on the public sidewalk where Rosebrock holds his regular, Sunday-afternoon protests.

Rosebrock was handcuffed and forcefully placed into the back of a patrol car during the June 12, 2016 incident.  VA police confiscated Rosebrock’s cameras on both June 12, 2016 and June 19, 2016.

Last year, a Los Angeles federal magistrate ruled that Rosebrock could not be criminally prosecuted for taking photographs at the “Great Lawn Gate” entrance to the Los Angeles National Veterans Park. The court also separately ruled that Rosebrock was not guilty of violating federal law by allegedly displaying two four-by-six inch American Flags above a VA fence on Memorial Day, May 30, 2016.

The public facility is part of a larger, 388-acre parcel that includes the Veterans Home of West Los Angeles. Since 2008, Rosebrock and a group of fellow veterans have assembled at the gate weekly and on Memorial Day to protest the VA’s failure to make full use of the property to benefit veterans, particularly those who are homeless. Judicial Watch helped represent Rosebrock, who faced up to six months in jail for the ghastly offense of reportedly affixing Old Glory at a site honoring those who served their country.

This is not how veterans should be treated. We served to protect this nation and the Constitution and should not be treated as second-class citizens. Let it be known that approximately 22 veterans commit suicide per day and that number has not fallen. 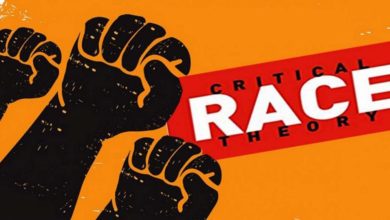