It seems that Democrats are openly trying to steal the elections in Florida.  Friday night, GOP Rep. Matt Gaetz said he was removed by riot police in Broward County as he captured officials secretly loading boxes onto trucks outside the Broward County election supervisor’s office.

“I took this video as the riot police removed me from where trucks were secretly loading stuff in/out of Broward Supervisors office. All this while they are violating constitutional rights & a court order!” Gaetz tweeted.

BREAKING: I took this video as the riot police removed me from where trucks were secretly loading stuff in/out of Broward Supervisors office. All this while they are violating constitutional rights & a court order! #BrowardCounty pic.twitter.com/DbxyKRde4f

This isn’t the first time ballots have been seen being transported like this in Broward County. 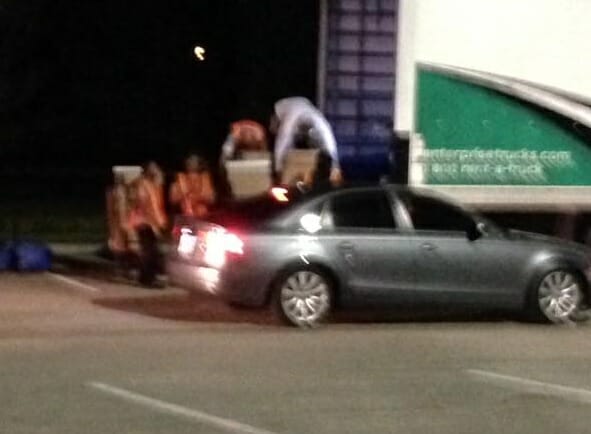 Caught On Video: Concerned citizen sees ballots being transported in private vehicles & transferred to rented truck on Election night. This violates all chain of custody requirements for paper ballots. Were the ballots destroyed & replaced by set of fake ballots? Investigate now! pic.twitter.com/GUPZnz7Gny

Broward County election supervisor Brenda Snipes has a long history of questionable activity regarding elections in the area, and was given until 7 p.m. Friday night to allow ballot inspections.

Snipes, apparently exercising her liberal privilege, refused to turn over the ballots as ordered and was given until noon Saturday to comply.

Meanwhile, the ballot count has magically increased since the election.  On Tuesday, Snipes reported 634,000 votes cast in the midterm election in her county.  By Friday morning, that number had grown to 717,000 ballots, a difference of 83,000.

Something tells me we all know why…