Here’s the video, courtesy of Newsbusters:

WHOOPI GOLDBERG: I mean, GOP candidates’ big messages are blaming Biden for inflation and that Democrats are soft on crime. I mean – and – and – It – Who knows what’s resonating now. I’m so confused by everything I’m seeing because you would think – There used to be a way to stamp out the lie, but I guess lying is the new in.

JOY BEHAR: What Biden is trying to do is, he’s trying to appeal to the intelligence of the American voter by saying, “yes, there are problems. We have inflation.”

By the way, you want to live in a dictatorship, go to Hungary where it’s 20 percent inflation over there. They have this guy Viktor Orban speak at CPAC one time and Tucker Carter – Carlson, whatever his name is, he’s a fan of this dictator. This is what we can look forward to with all these Republicans in office.

And I think he’s trying to point that out. That – As I always say, inflation fluctuates democracy does not. And so, we need to know that. I don’t want to make a speech; I’m just saying I feel like people are not comprehending the seriousness of what is going on.

SUNNY HOSTIN: I agree with you. Inflation – what people – And I don’t think people are educating themselves on it. Inflation is a worldwide problem, and the domestic problem of inflation is corporate greed. Corporations have made more money during and after the pandemic.

BEHAR: Why doesn’t the media call that out?

HOSTIN: They raised their prices so they could make more profits.

BEHAR: You barely hear that.

HOSTIN: You barely hear that.

GOLDBERG: Because every time you know who says something, that’s what it becomes about.

HOSTIN: And it’s become instead of Republicans having a real agenda and having a real message on how they’re going to help the country, they basically just have an anti-Biden message, and the other thing is that they fear monger. They say it’s inflation, it’s crime, and it’s immigration.

ALYSSA FARAH GRIFFIN: I think Biden’s speech was important. There wasn’t a word I disagreed with, but I agree with David Axelrod, senior advisor to President Obama, that it was the wrong closing message for Democrats. That clip we played of Obama, that’s what Democrats should have been saying for the last six months if they want to win the midterms.

Like, I regret say – I know this is not the audience that wants to hear it, I think there’s going to be a red wave and I think it’s because Democrats have said thing like –

FARAH GRIFFIN: It’s okay. Democrats said things, “inflation is a global phenomenon.” Well, that doesn’t help me put food on my table. Or saying the war in Ukraine is to blame for high gas prices. That doesn’t help me fill my tank. So folks are voting –

HOSTIN (interrupting): So we should just lie to people?

FARAH GRIFFIN: No, they’re voting on a referendum on the party in power, which is Democrats that control everything.

GOLDBERG: That can’t be what it is, because the party in power is the only party that’s been doing anything!

FARAH GRIFFIN: By they don’t feel it.

GOLDBERG: Well, I’ll tell you what. I think people are much smarter than any of us are giving them credit for. I think people do know what inflation is doing and I think they know why it’s happening. I think what we’ve been hearing is one party’s message; because they don’t actually have —

Now, you don’t hear a lot of stuff on — in the media about the Democratic message, and I kind of used to wonder why. Because every time something goes wrong, we hear something. We hear enough about the bashing but we don’t hear when it’s going right. And so it is what it is.

And you all will decide what it’s going to be, and we’ll know more like next week. We’ll see how smiley or unhappy we are. And then we’ll have to take a look, because we will have done this to ourselves. Whatever it is. We did this, not them. Us. Because you have the moment now to make the change that you want or you don’t want. But it’s up to y’all. It’s up to everybody within the sound of our voices and I know y’all who saying you’re not watching. We know you’re watching.

HOSTIN: But what’s also surprising to me is the abortion issue. I read a poll just yesterday that white Republican suburban women are now going to vote Republican.

FARAH GRIFFIN: No. I think that’s — no, it’s insulting to the voter.

FARAH GRIFFIN: Do we love democracy or not? Because just saying that – It’s insulting to the voter. People make up decisions on what’s right for their family. And the idea that you should have a say for everyone else’s vote.

FARAH GRIFFIN: You had a different view on abortion not that long ago.

HOSTIN: I have that view.

HOSTIN: I have that view.

FARAH GRIFFIN: Right, but then why is another woman not able to have a different view?

HOSTIN: But I am very surprised that white Republican suburban women are voting against their own healthcare.

FARAH GRIFFIN: But why, if you so recently evolved on the issue in.

HOSTIN: I have not really recently revolved – evolved on the issue. I am Catholic. That is my faith. I believe that abortion is wrong, for me. There is a separation between state – government and church. And I do not have the right to tell someone else. However, they are voting again their own self-interests.

SARA HAINES: What you’re saying is a good example. As someone sitting here, that’s a huge issue for me. This election; the deniers are more important for me. Everyone has a priority list. So to me, I am voting – that is a full-stop problem for me that I actually think election deniers being put into office — used to be just former President Donald Trump. Now it’s everyone running on the Republican side. That scares me more than anything. So, even that, women’s rights is second for me.

BEHAR: You know, you’re not voting for Republicans. You’re voting for a cult. Remember that. It’s a cult. It’s not Republicans anymore.

Liberalism, as I’ve repeatedly said, is an ideology of insane rage and hate.  And liberals like Hostin and the other cackling hens at “The View” prove that assertion correct every single day. 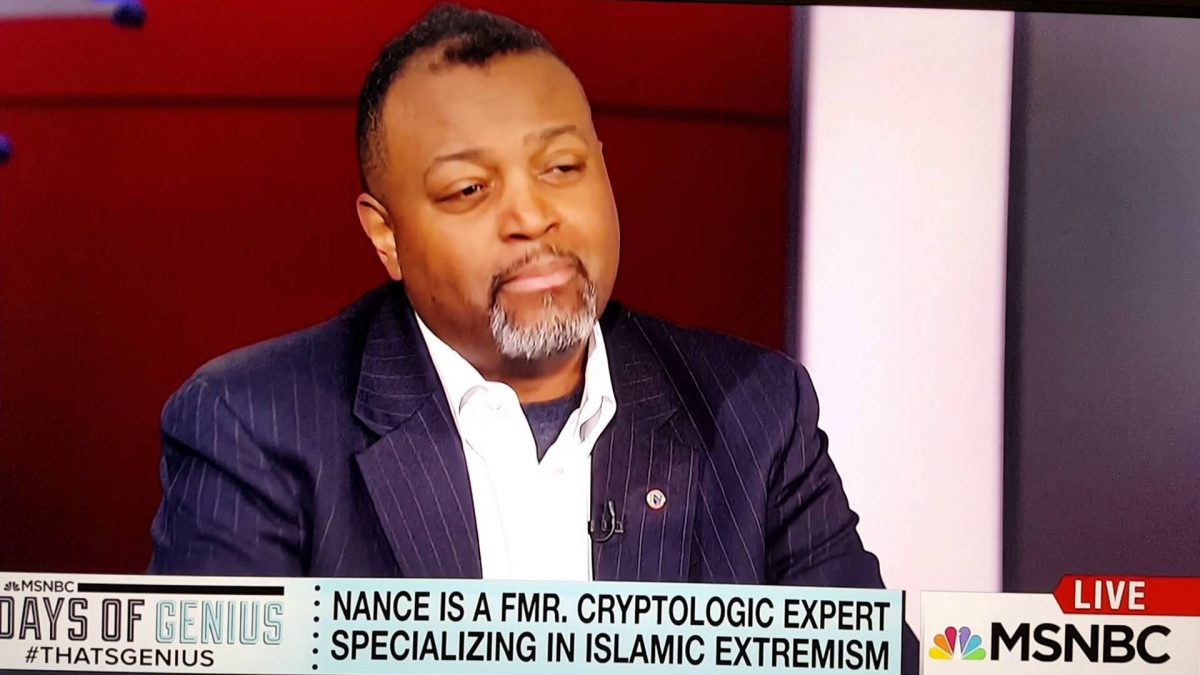