So much for science.  While appearing on MSNBC, the official network of insane liberal rage, hate and wild-eyed conspiracy theories, Speaker Nancy Pelosi, D-Calif., rejected science, telling the far-left network that “Mother Earth is angry.”

“She’s telling us, whether she’s telling us with hurricanes on the Gulf Coast, fires in the west, whatever it is, that the climate crisis is real and has an impact,” she told MSNBC propagandist Joy Reid.

“I came over the weekend back to Washington and it was unhealthy and smoky, that was how they described the air then,” she added. “Now, it has gotten much worse and I’m hearing regularly on the ongoing from my constituents about the concern they have about the fires and the air quality, the loss of life and over three million acres burned. That’s an historic number.”

“Mother Earth is angry,” Speaker Pelosi says, discussing wildfires burning in California. “She’s telling us with hurricanes on the Gulf Coast, fires in the West, whatever it is…the climate crisis is real and has an impact.” pic.twitter.com/ulY4Vwh7AC

The Washington Times said Pelosi went on to blame Trump and the Republicans, railing against them for not adopting her radical, socialist, far-left views:

Mrs. Pelosi then railed against “pathetic” and “foolish” Republicans for continuing to support President Trump, warning that one day they’re going to have to “answer to their children and their grandchildren as to why their behavior was so contemptible.”

“These Republicans are very much in sync with the President in terms of policy,” the California Democrat said. “They are in denial on the climate issue. They oppose a woman’s right to choose. They are very bad in terms of LGBTQ rights and the rest. Gun violence prevention is not anything that they want to be associated with. Name any subject, and you’ll find, whether it’s fairness in our economy, they want to give tax cuts to the richest people in America and then say we can’t afford to feed our children who are, millions of them, are food insecure now.

"But Mother Earth has no problem with MY gigantic carbon footprint, just like the coronavirus is fine with me getting haircuts," Pelosi added. https://t.co/wbhiTqSVxB 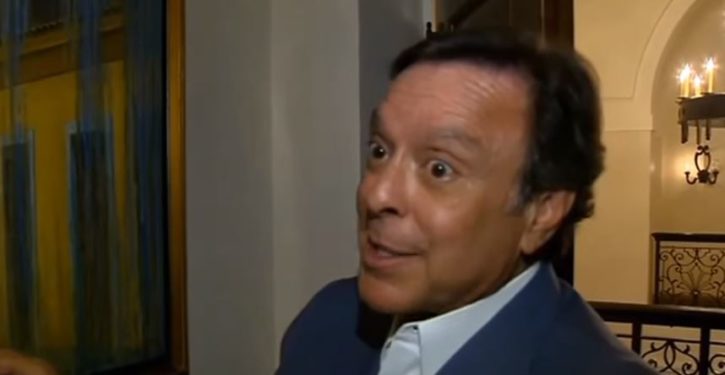