Late Saturday night, the Gateway Pundit reported that a member of the Proud Boys identified only as Shane, was taken to a hospital after being run over by what appears to be a supporter of Antifa.

The incident occurred after a memorial gathering for Aaron “Jay” Danielson, the Trump supporter murdered by Antifa in Portland.

According to Cassandra Fairbanks:

Proud Boys leader Enrique Tarrio told The Gateway Pundit that the victim is bleeding from his brain, damaged his left temporal lobe, has a concussion and is suffering from amnesia and cannot remember the incident.

The Proud Boys are a pro-Trump male social group that frequently stands against Black Lives Matter and Antifa militants — which has made them a hated target of the left.

The report says that “a man who appeared to be a member of Antifa began taking photos and recordings of the people inside” a Vancouver, Washington, bar where a group of Proud Boys went after the memorial.

An individual believed to be a member of Antifa was said to harass the gathered members of Proud Boys, taking photos and video in what appeared to be an effort to stalk and possibly dox them.

“As he was doing that, one of our guys confronted him and said ‘hey, get out of here, we don’t want you filming us. This is a private establishment and we’re not in public.’ The man continued to try to pick fights with people in the bar at the time, until security finally kicked him out of the bar,” Rex Fergus told the Gateway Pundit.

As the man was kicked out of the bar, there were several Proud Boys in the parking lot smoking cigarettes and just arriving from the memorial service. Fergus explained that the man had also become combative with them, so Shane pulled his phone out and started filming him back.

“Once the guy started his vehicle up and started to drive off, he hit Shane,” Fergus said. “Shane tried to get out of the way and the guy ran him over.”

Here’s video of the aftermath:

A GoFundMe campaign has been set up for Shane’s medical expenses.

More on this at the Gateway Pundit, here.

Exit questions:  Do the 269 companies that reportedly support BLM/Antifa endorse this violence?  And will Joe Biden ever condemn this?

Murder in Chicago soars; shootings up more than 88% due to ACLU actions 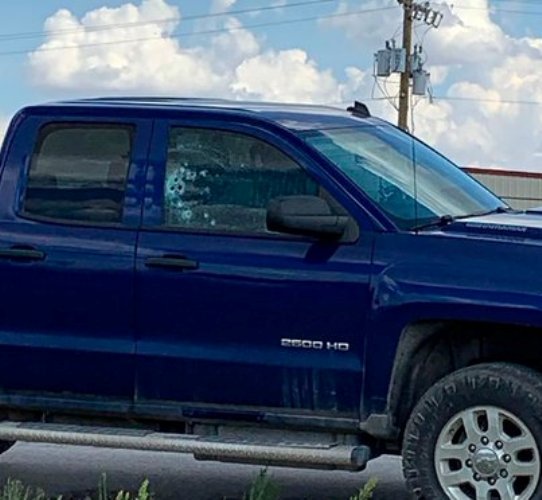