If this was an old western movie he would have tossed the idiot out through the window, but in this case, an In-N-Out Burger employee picked up a bullhorn-wielding climate change protester disturbing his customers’ meals and carried him out of the restaurant. The police arrived took action and handcuff another climate change protesters as the other demonstrators​ were losing their remaining marbles.

Why did they pick In-N-Out Burger? Because they serve meat from cows and cows fart.

As explained by The Blaze:

The clip first showed a male In-N-Out employee holding an older, grey-bearded protester from behind and carrying him out of the restaurant — to the cheers of those insides.

While The Blaze portrayed him as old only the tip of his beard was grey and his long curly hair was brown. In other words, he wasn’t that old. Once out of the restaurant, the bearded protester held his bullhorn about six inches from the male In-N-Out Burger employee’s and repeatedly screamed: “get your hands off me!” At the time no one was touching him

A second part of the clip showed another protester, this one looked like a female who seemed to be escorted from the restaurant by a different employee.

The female was arrested by the police while the bearded man tried to prove his manhood by using his bullhorn to scream into the faces of the police.

Climate change activists raid a burger joint and harass the workers. Neither the employees nor police are having it. People are fed up with Extinction Rebellion. https://t.co/6bIPK4pb9U

I am surprised bullhorn guy wasn’t arrested because using a bullhorn that way could damage someone’s hearing.

I don’t know the law, but it seems that it would be justifiable.

"Oops, sorry officer. I slipped & fell on the protest litter they left on the ground outside & 'dropped' him; my bad….."??

man acted like a child who couldnt behave too

90% chance they don't believe in having kids because of climate change.

I love this: You gonna come in our business and interrupt our customers' enjoyment of our service and private property? We're gonna carry you out while our customers cheer. We won't hurt you. We'll simply remove you. That's exactly what should happen.

Simon Cowell is a tough judge and he liked the fact the protesters were thrown out:

Leftists never seem to understand the difference between public and private property and why would they when the socialist society in their head means there would be no private property or protection from people like them.

Oh they understand, they just don’t care. Here’s what these climate crazies didn’t understand. Their little protest caused the police to drive over to the burger joint in a few cars. One of those cars to the female protester to jail. Someone had to drive to the jail to bail her out. That’s a lot of extra fossil fuels wasted because of their protest. Therefore climate change is their fault! 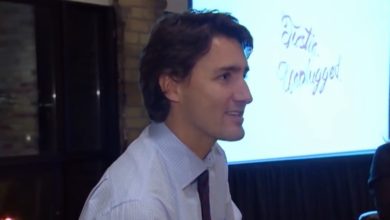