At least two of the voters they featured had ALREADY expressed their support for Biden on MSNBC, the official network of insane liberal rage, hate and lying liberal propaganda.

According to David Rutz and Collin Anderson:

Lawyer Peter Gonzalez and marketing executive Ismael Llano posed questions to Biden during a town hall on Monday, when he appeared before what the network described as an “audience of undecided Florida voters.”

Both Gonzalez and Llano, however, were featured in an MSNBC segment in August to explain why they support Biden. “If we get four more years of Trump, good luck, and good luck with the future attracting younger voters,” Gonzalez said as an MSNBC chyron noted he was “voting for Biden.” Llano was also identified as “voting for Biden” and offered praise for the former vice president.

On Monday, NBC’s Lester Holt said that Llano “voted for Hillary Clinton four years ago but has voted Republican in the past.” Gonzalez, whose voting history went unmentioned, asked Biden to ease his family’s concerns that the Democrat is beholden to “the radical left.”

Wait… You mean, they LIED to the American people?  It sure looks that way.

Here’s video as posted by the Free Beacon:

.@NBCNews featured a pair of "undecided" voters during a network town hall earlier this week who had previously declared their support for Democratic nominee @JoeBiden on the network's sister channel, @MSNBC.

And, the report adds, NBC isn’t the only one to play this particular game:

It is not the first time that television networks have featured Trump opponents masquerading as undecided voters, who are difficult to find and often less publicly vocal about their political views. ABC News last month described several Trump critics as undecided voters, including one who had previously described Trump as a “f—ing moron,” “pathetic,” “pig,” “swine,” and a “punk ass” on social media.

It’s all one gigantic psy-op. Really it’s just so brazen at this point.

At this point, we have to agree.  And we’re not really surprised the lying media would bend over backwards to support a candidate who lies every time he opens his mouth.  No wonder the American people have lost confidence in the media.  At this point, they truly are the propaganda wing of the Democrat Party.

Let’s remind them in November, shall we?

Newt Gingrich: Any Muslim who wants Sharia law should be deported — Video 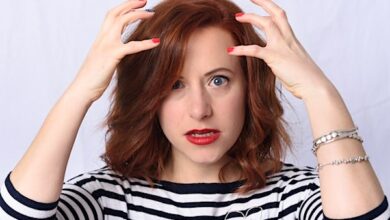 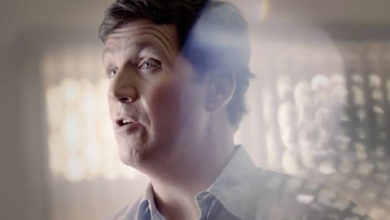