On Monday, Rachel Dolezal, the “fake black” woman whose ethnicity caused a firestorm of controversy, resigned as president of the Spokane chapter of the NAACP.

Her resignation, posted on Facebook, however, offered no apology for misleading the community for years.  Dolezal, as we reported earlier, was outed by her parents who told the Coeur d’Alene Press she was born white.  Here’s video, courtesy of Seattle’s KCPQ:

It is a true honor to serve in the racial and social justice movement here in Spokane and across the nation. Many issues face us now that drive at the theme of urgency. Police brutality, biased curriculum in schools, economic disenfranchisement, health inequities, and a lack of pro-justice political representation are among the concerns at the forefront of the current administration of the Spokane NAACP. And yet, the dialogue has unexpectedly shifted internationally to my personal identity in the context of defining race and ethnicity.

Um, no, it shifted to your years-long effort to pass yourself off as something you’re not.  Here’s more:

I have waited in deference while others expressed their feelings, beliefs, confusions and even conclusions – absent the full story. I am consistently committed to empowering marginalized voices and believe that many individuals have been heard in the last hours and days that would not otherwise have had a platform to weigh in on this important discussion. Additionally, I have always deferred to the state and national NAACP leadership and offer my sincere gratitude for their unwavering support of my leadership through this unexpected firestorm.

While challenging the construct of race is at the core of evolving human consciousness, we can NOT afford to lose sight of the five Game Changers (Criminal Justice & Public Safety, Health & Healthcare, Education, Economic Sustainability, and Voting Rights & Political Representation) that affect millions, often with a life or death outcome. The movement is larger than a moment in time or a single person’s story, and I hope that everyone offers their robust support of the Journey for Justice campaign that the NAACP launches today!

She continued in this vein:

I am delighted that so many organizations and individuals have supported and collaborated with the Spokane NAACP under my leadership to grow this branch into one of the healthiest in the nation in 5 short months. In the eye of this current storm, I can see that a separation of family and organizational outcomes is in the best interest of the NAACP.

It is with complete allegiance to the cause of racial and social justice and the NAACP that I step aside from the Presidency and pass the baton to my Vice President, Naima Quarles-Burnley. It is my hope that by securing a beautiful office for the organization in the heart of downtown, bringing the local branch into financial compliance, catalyzing committees to do strategic work in the five Game Changer issues, launching community forums, putting the membership on a fast climb, and helping many individuals find the legal, financial and practical support needed to fight race-based discrimination, I have positioned the Spokane NAACP to buttress this transition.

Please know I will never stop fighting for human rights and will do everything in my power to help and assist, whether it means stepping up or stepping down, because this is not about me. It’s about justice. This is not me quitting; this is a continuum. It’s about moving the cause of human rights and the Black Liberation Movement along the continuum from Resistance to Chattel Slavery to Abolition to Defiance of Jim Crow to the building of Black Wall Street to the Civil Rights and Black Power Movement to the ‪#‎BlackLivesMatter‬ movement and into a future of self-determination and empowerment.

“Has she admitted she was wrong in deceiving, and apologized yet?” one person asked.  Answer: No.

Sad to announce I'm stepping down as Treasurer of the Aryan Brotherhood's Las Vegas chapter.

Meanwhile, there’s speculation that she may have (ahem) “copied” a piece of art and is selling it online:

Rachel Dolezal's painting The Shape of Our Kind is a near duplicate of J.M.W. Turner's 1840 The Slave Ship. pic.twitter.com/DGC7GkkPiu

And the hits keep on coming.

According to the Daily Beast, she sued Howard University for discrimination — as a white person:

No wonder she wanted to be black: Rachel Dolezal sued Howard University in 2002 for racial discrimination because she was white, The Smoking Gun reported Monday.

Dolezal accused the historically black college of improperly blocking her job as a teaching assistant, rejecting her application to be a post-graduate instructor, and denying her scholarship aid. Dolezal also claimed the university removed some of her artwork from a student exhibition because it was “motivated by a discriminatory purpose to favor African-American students over” her. An appeals court dismissed the complaint in 2004 because it found there was no evidence of discrimination.

And, the Daily Mail said, she once claimed her father fled the Deep South after allegedly assaulting a white police officer:

A newly uncovered Rachel Dolezal interview shows just how far the NAACP leader went in deceiving people into believing she was a black woman.

The interview, from earlier this year, has Dolezal sharing stories about her black family, including one in which she details her father’s ‘exodus’ from the Deep South after he assaulted a police officer.

She goes on to claim he became a cop himself in San Diego after also serving in the Marines.

‘My dad’s exodus, the great migration to the North from the Deep South where they left on the midnight train because a white officer harassed and threatened to, was about ready to, beat his dad with a billy club and he whipped around and actually slapped the officer to his knees,’ Dolezal said while being interviewed by Taylor Weech for a podcast of her father’s journey.’

‘They got out of town on the midnight train because as a black family in the deep south if you had any kind of a negative altercation with a white cop where you stood up for yourself it was gonna go badly for you.’

Her father, by the way, is a white man in Montana…

Wonder how long it’s gonna be before someone makes a movie of this?

Bad Biden vibes: Only 30% think he is fulfilling campaign promises 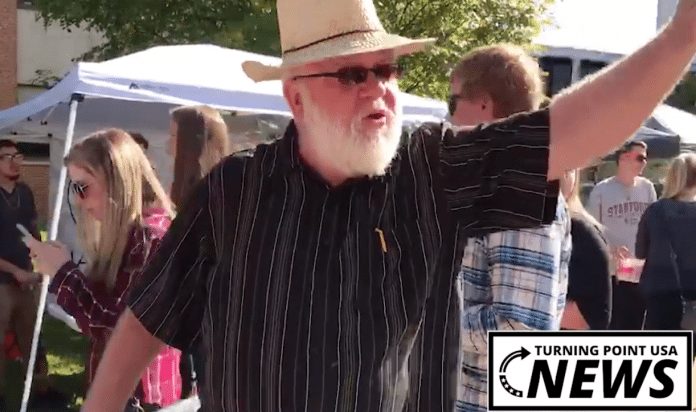