After saying the job of the Supreme Court is to “protect the rights of our globe and the people who live on it so that climate is protected,” Senate Minority Leader Chuck Schumer, D-N.Y., said if Biden wins the presidency and Democrats take back the Senate, “God willing, everything is on the table.”

That includes packing the Court to ensure every crazy left-wing agenda item is enacted, including the economy-destroying Green New Deal.

The Democrat leader in the senate says the U.S. Supreme Court is about "the rights of our globe" and claims an originalist on the court will make global warming "far more likely and it will come quicker."

He then invited “pompous twit” Alexandria Ocasio Cortez, who floated the idea of impeachment if Trump names a successor to Supreme Court Justice Ruth Bader Ginsburg, who recently died from complications due to pancreatic cancer.

As AOC rambled on about Attorney General Barr and the possibility of impeachment, Schumer nodded like a bobble head doll stuck on someone’s dashboard.

Democrats are making a pretty good case as to why voters should keep Republicans and President Trump in power. Democrats responded to the news of Ginsburg’s passing by threatening violence and another impeachment. Democrats already wasted the first precious months of the global pandemic on an impeachment hoax, as comedian Chris Rock pointed out. They want another one? Do Democrats think promising to pack the Supreme Court, kill the filibuster, and govern like totalitarians is somehow going to “bring the country together”?

AOC isn’t the only one floating the idea of impeachment.  As we reported yesterday, House Speaker Nancy Pelosi refused to rule out impeachment when asked about it.  There’s only one problem.  President Trump is required by the Constitution to nominate a replacement.

Of course, Democrats don’t give a tinker’s damn about the Constitution.  All that matters is hating Trump and stopping him by any means necessary. 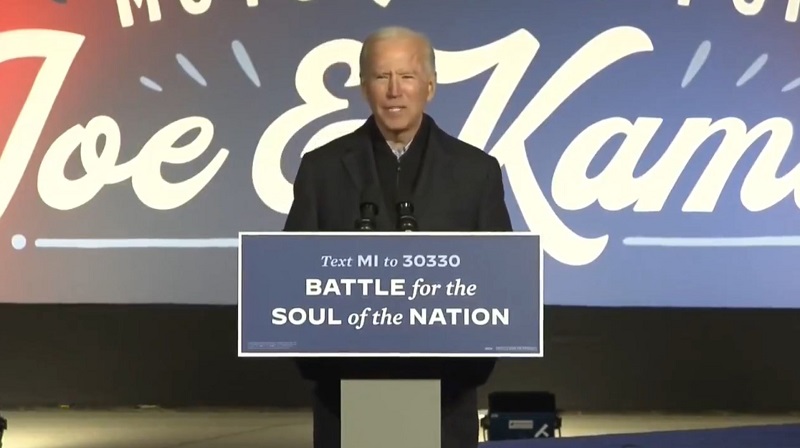