US Veteran Herbert Anderson was 85 years old. On Friday morning just after 9 a.m., he took a .380 hand gun to the VA outpatient clinic in Lecanto, Florida and shot himself. He was airlfted to an Ocala hospital where he succumbed to his injuries. 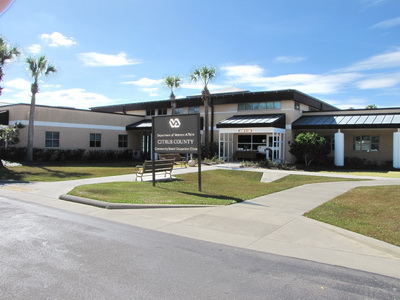 Anderson was a VA patient, but was not receiving services from the Citrus County Veterans Service Office, which is next door to the VA clinic, according to Citrus County Sheriff’s Office spokesman Lee Alexander.

Anderson did not make any threats to the VA prior to the incident, which authorities are treating as isolated.

“It wasn’t an attack on anybody,” Alexander said.

A spokesperson for the VA’s North Florida/South Georgia Veterans Health System, which includes the Lecanto clinic, could not be reached for comment.

In 2014, the VA released data that stated approximately 65 percent of all Veterans who died by suicide were age 50 or older.

What happened in Mr. Anderson’s life that brought him to that place is an unknown at this point. We don’t know if he was sick and not getting the treatment he desired, or if he just felt old and decided to give up. We don’t even know when or where he served. But his life mattered – hearing about his death is sad.

Of the 20.6 latest figures on suicides per day cited by the VA, 16.8 are veterans and 3.8 are active duty members, according to Military.com. It’s extremely sad to see any veteran or active duty member die by their own hand.

Giving up is not an option for most. But extreme medical issues, loss of purpose, as well as many other factors are involved. It falls to all of us to pay attention to our friends and loved ones, making sure they are all right, getting them help when needed.