A veteran Houston police officer, Senior Police Officer Willian ”Bill” Jeffrey, who was just shy of his 31st year on the job was killed in the line of duty on September 20, 2021. A 2nd officer, Sgt Michael Vance, 49, was also shot, and is reportedly in stable condition after surgery. The suspect is deceased, and was identified as 31 year old Deon Ledet. The two officers were serving a major felony warrant when they were shot.

Houston Police officers were serving the warrant just before 7:30 a.m. in the Timber Ridge gated community at 5350 Aeropark Drive, officials said at a press conference. Houston Mayor Sylvester Turner said, “shots were fired and two of our police officers were hit multiple times.” Jeffrey, who would have been celebrating his 31st anniversary with the police department in December, “unfortunately he did not survive,” Turner said.

“We had officers assigned from the Major Offenders Division running a warrant,” (HPD Chief) Finner said. “They knocked on the door. Female comes to the door, have a conversation with her, ask where the suspect is, the suspect immediately came out and fired upon our officers. Unfortunately, striking Bill several times. And as we know, he succumbed to his injuries. Sergeant Michael Vance, thank God we got him here early and they’re working on him and he’s in stable condition.”

Finner said, “You’ve got a suspect with the female girlfriend, with small kids in that apartment complex and he still fired upon our officers. Officers returned fire, at some point striking the suspect. The suspect is deceased at the scene.” Jeffrey was airlifted to Memorial Hermann Hospital, where he was pronounced dead…

Finner said, “Every police officer, every first responder is special. But like his wife said, he’s one of our very best. And I’m telling you, I’m going to celebrate that.”

RIP: Senior Police Officer William “Bill” Jeffrey. The 54-year-old was shot and killed this morning while serving a felony warrant. Also, prayers for Sgt. Michael Vance. The 49-year-old was also shot while serving the warrant. He remains in stable condition. #houston pic.twitter.com/n2iynYVpoC

William ‘Bill’ Jeffrey would have been on the job for 31 years in December. His wife Susanne Jeffrey is a retired Houston police officer as well. They have one child. They had just built their dream home. Jeffrey was on the major offenses unit for several years. Sgt Vance has only been on it for two years. Chief Finner stated that Jeffrey’s wife described him as a “great man, a great family man” and that Houston had lost someone special.

Houston officers and others lined the hospital where they honored their friend, as is normal for all police agencies who have lost someone in the line of duty.

The suspect has 7 prior felony offenses including two aggravated assaults with a deadly weapon and three evading arrest according to Fox26 Houston. Harris county will be conducting the investigation.

Then, Ledet goes to court where the judge lowered the bond to $20,000. The next day he walked out of jail.

Ledet had also been ordered to go to pretrial services and to get a monitoring device by November 30.

But in December, Ledet failed to show up to court. By January 2021, he became a wanted fugitive.

As Chief Troy Finner remarked, law enforcement and firefighters have jobs that are inherently dangerous. In the current climate of hate for police, too many of them have been lost. Rest in peace, Officer Jeffrey. End of Watch 9-20-2021. 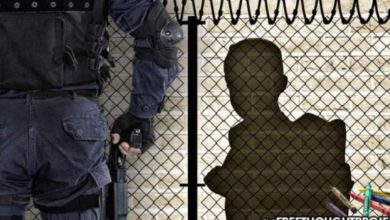