“We now have reports of bodies being left to decompose in the morgue for months on end.”

Katie Pavlich of the conservative-leaning TownHall.com is reporting that despite Barack Obama’s past vow that he “will not tolerate it, period” any repeats to the 2014 VA scandal, his promise is about as good as his Syrian red lines.

With his well practiced faux-outrage kicked into high gear, Obama further ranted, “When I hear allegations of misconduct, any misconduct — whether it’s allegations of VA staff covering up long wait times, or cooking the books – I will not stand for it.”

But as usual, his words were nothing more than being full of sound and fury, signifying nothing. As uncovered, things aren’t better at VA hospitals. In many ways, they’re worse.

Thousands of VA bureaucrats nation-wide are raking in thousands of taxpayer dollars for so-called “performance-based pay bonuses.” But to add insult to injury, at the Illinois Veterans Affairs hospital there are still “excessive wait times, festering black mold and kitchen cockroaches.”

Then there’s the final insult to those who served our nation — maybe the VA paper-pushers didn’t disrespect and humiliate our vets enough during life. Now they give them the ultimate degradation of not even giving the dead a decent burial.

Instead, their remains were left to rot in the hospital’s morgue.

As reported by Pavlich;

Since the Veteran’s Affairs scandal broke in 2014, exposing the hospital system and government employees left thousands of veterans on long waiting lists leading to death, the agency has received an increase in spending to deal with the backlog and wait times.

Things have gotten worse, not better. Wait times have doubled and now, a horrifying report out of Illinois shows bodies of deceased veterans were left in the hospital morgue for months.

An Illinois Veterans Affairs hospital already under fire for excessive wait times, festering black mold and kitchen cockroaches faces a new shame – the bodies of dead patients left unclaimed in the morgue for up to two months without proper burial, whistleblower documents allege.

The whistleblower, whose identity is not being revealed for fear of retaliation, complained last month to the VA’s inspector general about the Edward Hines Jr. VA Hospital’s handling of veterans’ remains in cases where families have not come forward to claim the body. The complaint singled out Christopher Wirtjes, chief of Patient Administrative Services, saying “The Chief of PAS has the funds available, yet has no sense of urgency to lay the veteran to rest.”

Sen. Mark Kirk, R-Ill., whose office also received the complaint along with emails, is now calling for Wirtjes’ firing and in a statement, slammed the hospital – located in the Western suburbs of Chicago — over its recent history of controversies.

“Hines VA — the hospital that has been overrun with cockroaches and mold and left vets waiting for care for months on secret wait lists, has reached a new low in the treatment of our veterans,” Kirk told FoxNews.com. “We now have reports of bodies being left to decompose in the morgue for months on end.”

Back in 2014 President Obama vowed the system would be upended and changed, adding another unfulfilled promise to a long list during his tenure.

“When I hear allegations of misconduct, any misconduct — whether its allegations of VA staff covering up long wait times, or cooking the books – I will not stand for it. Not as commander in chief but also not as an American. None of us should,” Obama said. “If these allegations prove to be true it is dishonorable, it is disgraceful, and I will not tolerate it, period.”

And who could forget the 300,000 VA employees, including top level executives, who received performance based, taxpayer funded bonuses in 2014 after manipulating wait times.

About half the more than 300,000 people who work at the Department of Veterans Affairs received performance-based pay bonuses in 2014, according to a recent investigation.

Yes, the VA. The same agency still under fire for how some veterans seeking medical care are treated. The same one with a long backlog of claims for government benefits. The same one in which a new facility in Denver is more than $1 billion over budget.

Bonuses of $1,000 to $4,000 went to managers overseeing a program in which opiates were over-prescribed to veterans — one of whom died.

From 2014, more balloon juice from the Blowhard-in-Chief

Poll: Half of U.S. voters think Biden not in good health, not mentally fit

Who really won the 2016 popular vote? 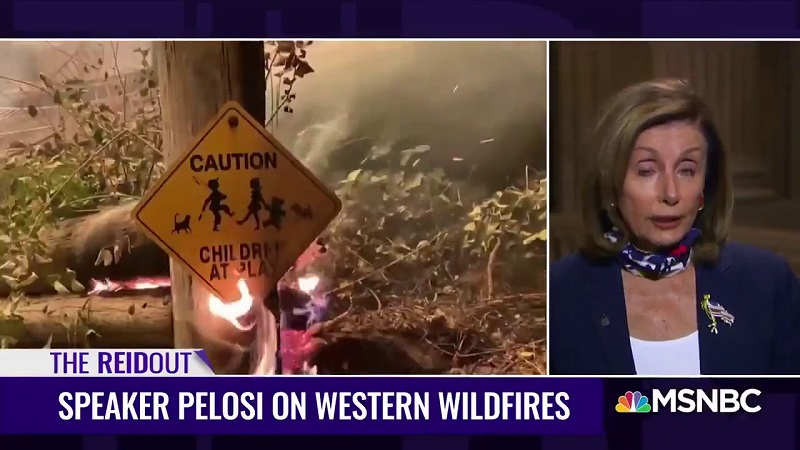 Video of the Day: Pelosi on Wildfires in California — ‘Mother Earth Is Angry’