A new report in the Stamford Advocate says the race for governor in Virginia us getting emotional and wannabe second-termer Terry McAuliffe cannot count on support from all Democrats in the Commonwealth who may be fed up with the far leftward tilt of the party.

The report calls Virginia’s race “the country’s biggest electoral showdown of the year.” It is because a victory by political newcomer Glenn Youngkin, and a return of the Assembly to GOP control in Richmond could be a harbinger of what Democrats might expect at the midterm election in November 2022.

While the focus may be on issues such as race and abortion, the critical voting bloc in Virginia this year may be gun owners looking to reverse the extremist gun control policies adopted by outgoing Gov. Ralph Northam and his Democrat majority put in power in January 2020. As a result of the 2019 election, a majority of Virginia counties declared themselves “Second Amendment sanctuaries” and thousands of frustrated gun owners descended on town council meetings and county commission meetings.

If those gun owners can rekindle that momentum, they could the deciding factor in a campaign that is likely to get dirty. Already, McAuliffe’s campaign is trying to portray Youngkin as a Donald Trump clone. That may play well in the strongly Democrat northern Virginia counties, but across the remainder of the Commonwealth, it could backfire.

A recent Emerson College/Nexstar Media poll shows the McAuliffe-Youngkin race a virtual dead heat, with the Democrat barely ahead at 49-48 percent. All it would take to swing the election is a full turnout of angry gun owners and Second Amendment activists.

McAuliffe reportedly could be losing ground because of Joe Biden’s policies. It would be a situation of turnabout being fair play because so many Democrats are willing to brand Republican opponents as “Trumpsters,” even though Trump is no longer president. Biden is in the White House, and his policies have produced embarrassment with the botched withdrawal from Afghanistan and the spike in gas prices and resulting inflation.

The Virginia election is Nov. 2. Old Dominion gun owners cannot stay on the couch and think posting rhetoric on social media is a substitute for casting a ballot. 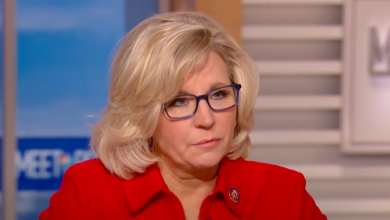