Since 1775, member of America’s Marine Corps have been noted for extraordinary acts of personal heroism both on and off the field of battle.

The final acts of Major Taj T. Sareen, 34, of San Mateo County, California, prove true the old Marine Corps adage, “Old breed? New breed? There’s not a damn bit of difference so long as it’s the Marine breed.”According to civilian witnesses on the ground near the Royal Air Force base just outside of Lakenheath in the east of England, it was the Leatherneck’s quick thinking that saved untold number of lives. As reported by Morgan Chalfant of the Washington Free Beacon on Oct. 23, 2015, and also by Andrew Fitchett of the Watton and Swaffham Times (of Great

Britain) on Oct 22, 2015, it was right after takeoff that Maj. Sareen’s F/A-18C Hornet appeared to experience some type of mechanical malfunction and then it was feared the jet would crash into a group of homes.

But the locals who witnessed Maj. Sareen’s stricken aircraft fall from the sky credit the Marine with making a concerted effort to clear the homes before ejecting, despite losing precious seconds and altitude which may have been one of the main reasons why the California native didn’t survive punching out. Karen Miles-Holdaway, 48, was in her garden, which backs onto the field where the jet crashed.

She stated that it seemed as if the aviator was deliberately steered the rapidly descending war plane away from homes beneath him. “It came over the houses much lower than they normally do,” she said. “Then I heard the noise which I can only describe as like an afterburner noise, a huge sound and nothing like the jets we normally have over here.

“We didn’t realise it had actually come down, it was not really one loud bang,” she also said. “I have to say the whole community is feeling for the pilot’s family, and we send our condolences and prayers. I think that he could have ejected earlier, but was trying to avoid the houses and for that we are incredibly grateful.”

Mr Turner also saw the pilot eject from the plane. As he said, “It looked like some sort of beacon had shot out. Once the parachute opened he floated across in front of me and ended up behind the trees. It was unbelievable, I’ve never seen anything like it.”

Back home in Hillsborough, California, reporter Natasha Zouves of KGO/ABC-7 (of San Francisco) interviewed the family patriarch, India-born K.B. Sareen retold of the last conversation he had with his son. “I’ll see you in two days, dad” the heartbroken father said.

The fallen hero’s parents and younger sister, Tanya, heard a jet from Taj’s squadron crashed early last Wednesday morning. Like untold numbers of Marine Corps families before them, now came the terrible hours of waiting to hear officially from the Corps on the status of Taj.

“Three Marine officers walked towards our house. They said… 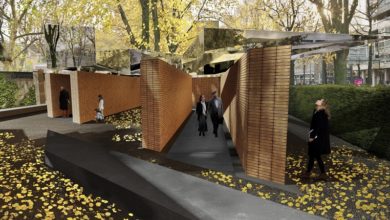 Trump Gave $10,000 To The Family Of Pastor Saeed Abedini While He Was Held Hostage In Iranian Prison

Australia Formally Submits To Islam: Blasphemy Laws In Place! The Knock-On Effects To The West.