University of Tennessee Chancellor Jimmy Cheeks has been asked to step down by Tn lawmakers after a list of “Holiday Party”celebration guidelines from the University’s Office of Diversity and Inclusion suggested that students not celebrate Christmas with any “religious or cultural” themes. That’s “cheeky.” Christmas is Christ + mas. Good grief.

“Holiday parties and celebrations should celebrate and build upon workplace relationships and team morale with no emphasis on religion or culture. Ensure your holiday party is not a Christmas party in disguise.”

That little remark set off some of the members of Beta Upsilon Chi who refused to let the University destroy their holiday. They put up a banner on the top of their fraternity that read “Come and Take It.” The Latin for which we all know as “Molon Labe.”

The UTODI has removed the list of “guidelines” from their website after the firestorm, but are defending the move. Some lawmakers are threatening to remove state money from the University.

“I am saddened and very disappointed that the school from where I graduated would do this.  People all over the Country are sick and tired of all this political correctness. It is going to an extreme that the overwhelming majority of my constituents and the American people are opposed.” Congressman Jimmy Duncan

Of course the University Chancellor defended the list by saying they were making an effort to be inclusive. The UDOTI website claims to be “Hostile to none, Welcoming to all.” Yet the list proves they are openly hostile to Christians right square in the middle of the “Bible Belt” of America.

“The Office of Diversity is not welcoming to all and hostile to none as they claim,” said Sen. Gresham in the statement. “They are very hostile to students and other Tennesseans with Christian and conservative values.   By placing a virtual religious test regarding holiday events at this campus, every student who is a Christian is penalized.”

For his part, Cheek released a statement which read in part,

“First let me say that we honor Christmas as one of the celebrations of the season. We are in no way trying to dismiss this very important Christian holiday. As a diverse campus, we do promote ways to be inclusive of all cultures and religions. I am disappointed that our efforts to be inclusive have been totally misconstrued.” Jimmy Cheek

No, you obviously don’t “honor Christmas.” This politically correct garbage needs to be stopped. Participation in the holiday is meant for EVERYONE. The practice of being “inclusive” is actually exclusive, and foments division. 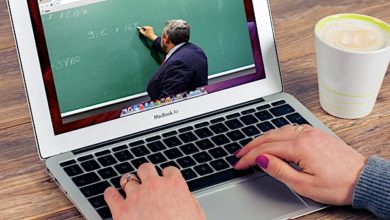 Unvaxxed Student Banned From ONLINE Classes By University 70 Miles Away!