Liberalism, Michael Savage told us, is a mental disorder.  A video posted to YouTube on Friday shows a Trump-hating clerk at a Tucker, Alabama Xhale City Vape Shop going absolutely bananas when a customer attempted to make a purchase.  The reason for the meltdown?  The customer wore a Trump t-shirt and a MAGA hat.

The clerk can be seen taking a swing at Furgeson in the video and accusing Furgeson of being racist. The clerk makes a phone call, telling someone that Furgeson was wearing “some Trump bullsh-t.”

“I’m not serving anyone that has to do with that f-cker,” he said, referring to President Donald Trump. “He’s a treasonous a–hole.”

Furgeson proposed that the clerk sell him the vape juice he came to buy for his wife, and he would not call the police or call the store’s headquarters and get him fired. “What you did was assaulted me,” he told the clerk.

The customer was ultimately able to make his purchase, saying that “capitalism wins again.”  That prompted the clerk to go ballistic again: “F-ck your capitalism, f-ck your f-cking president, he’s a racist stupid piece of sh-t.”

Apparently, this didn’t sit too well with quite a few people and, Breitbart said, the employee was identified and fired late Friday, according to what appears to be a post from Xhale City’s now-suspended Facebook page that made its way to Reddit: 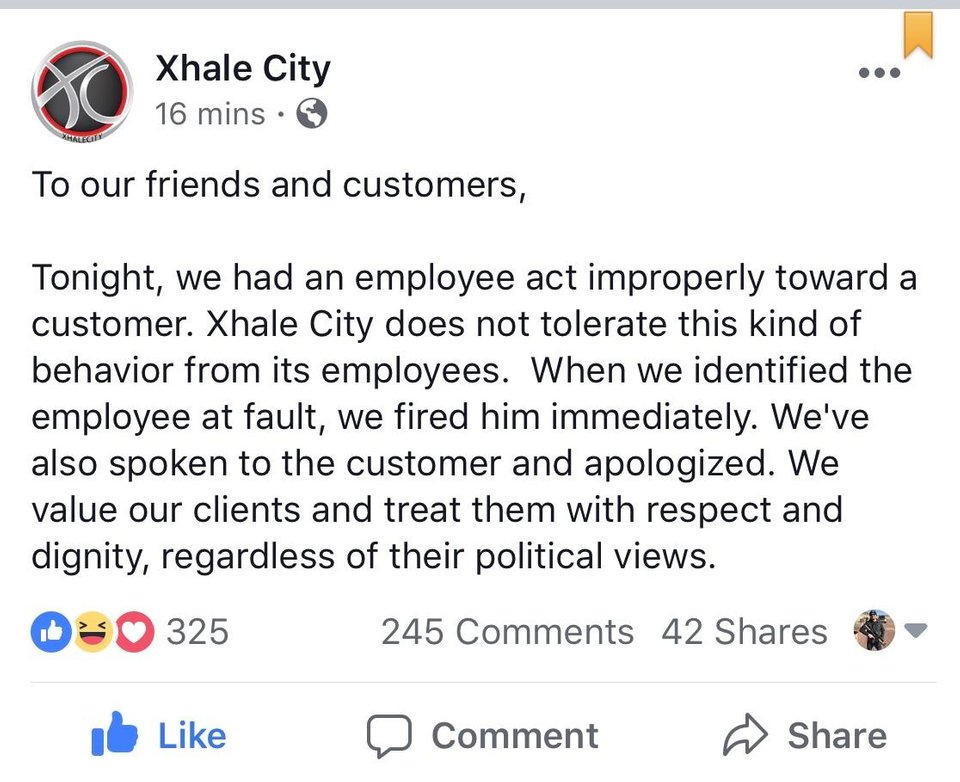 It seems that Michael Savage was right.  Liberalism is truly a mental disorder…